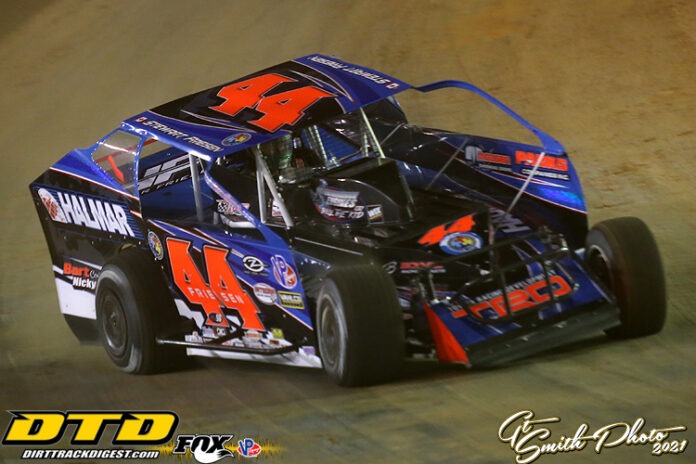 DELMAR, DE – Stewart Friesen wasn’t going to let an 8th place redraw keep him or his team down on Tuesday night as he stormed to the front of the field in the Short Track Super Series Diamond State 50, earning his third consecutive victory after sweeping both modified features as part of the Bristol Throwdown.