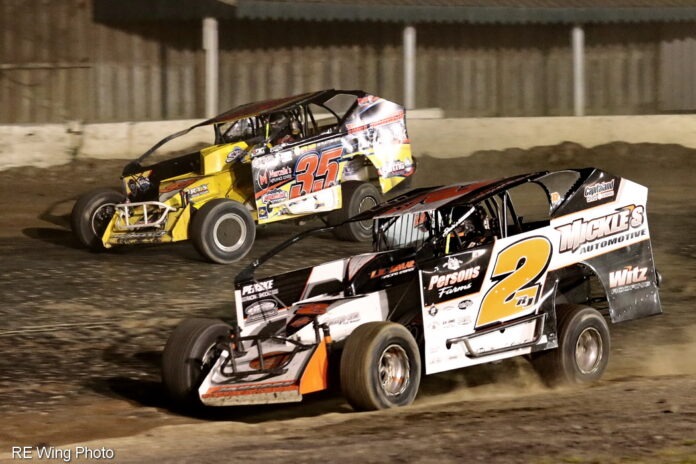 The largest pay structure ever offered for a series event will be distributed during the Fonda 200 weekend presented by Southside Beverage Sept. 16-18 at Fonda Speedway.

The grand total – just for the Modifieds – during the ‘200’ weekend is $151,340 prior to any bonuses, special awards, or contingencies.


$2,500 will be distributed among non-qualifiers unable to transfer from Saturday’s B-Mains.

The action kicks off on Thursday, Sept. 16 with the Sunoco Modified “Underdog 33” paying $2,000 to the winner for 33 laps. The “Underdog” is open to any Modified driver without a feature win at any venue in 2021. All other divisions will take part in open practice on Thursday.

After the completion of racing on Friday, the band Chasing Neon will perform in the Entertainment Building on the fairgrounds.

Saturday (Sept. 18) serves as the highlight of the weekend with the running of the Fonda 200. Leading up to the 200 will be STSS Modified B-Mains and the STSS Crate 602 Sportsman running a Precision Hydraulic & Oil North Region event.

A complete Fonda 200 information center has been established on the Fonda Speedway website at the following link: https://www.thefondaspeedway.com/fonda-200/

Because of the COVID-19 pandemic, no 200-lap event was held at Fonda last year with the last one being held back in 2019. Stewart Friesen started on the pole for that event, leading the first 74 laps of the race. At the lap 100 break, Friesen pitted, restarted the event in the sixth position, and by lap 107 he was the leader after getting by Matt DeLorenzo on the inside of turn two.

On a lap 178 restart, Matt Sheppard took the lead away from Friesen coming out of turn two but by the time the lap was completed Friesen was back in the lead. Friesen was having issues with lap traffic late in the event allowing Sheppard to close in for one final challenge on the final lap, but Friesen held on for the win which at that time was the 60th of his career at the “Track of Champions.”

“I knew at some point in the race that I would be back in the field and have to get back to the front,” Friesen said following the event in 2019. “I struggled to get by the lap cars on the outside and that allowed Matt (Sheppard) to close in on me. I made the mistake of giving him the bottom on that one restart and that was the last time that I did that.”

Twenty years ago, the event was known as the “McDonald’s 200” with Doug Hoffman winning the event back in 2001. Hoffman took the win using a borrowed engine that he dropped into his Saturday night race car, taking the lead away from Steve Paine on lap 84 and controlling the rest of the race for his third career Fonda 200 win after winning it back-to-back in 1990 and 1991.

“We borrowed a motor from Chuck Hebing, got a couple of new tires from long time sponsor Leon Conklin, and got all of my buddies from my Saturday night crew together for this race at Fonda today,” Hoffman said after the win in 2001. “When something like this happens, you know there is a God.”

Through the history of the “Track of Champions,” the Fonda 200 weekend has been known by several different names including Thunder Along the Mohawk weekend, River Rage weekend, and the McDonald’s weekend back when Brian Hanaburgh brought sponsorship from his McDonald’s franchises to the Fonda Speedway. This year will be no different however as the prestige that comes from winning the Fonda 200 at the Fonda Speedway and all the money that goes with it remains one of the events that everyone wants to win.

For Petty, Junior Johnson, and Pearson the wins were in NASCAR Grand National events while for Brightbill, Paine, and Tremont Jr. it was the one and only win of their career at Fonda.

The Sunoco Modified “Underdog 33” event, paying $2,000 to the winner for 33 laps, is open to any Modified driver without a feature win at any venue in 2021. Winners at Fonda this season with the number of wins in parenthesis will not be eligible to compete in the event including Stewart Friesen (10); Rocky Warner and Mike Mahaney (both with two); Jack Lehner, Jessica Friesen, and Ronnie Johnson (all with one win apiece). 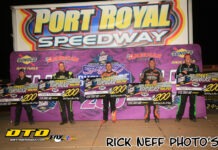