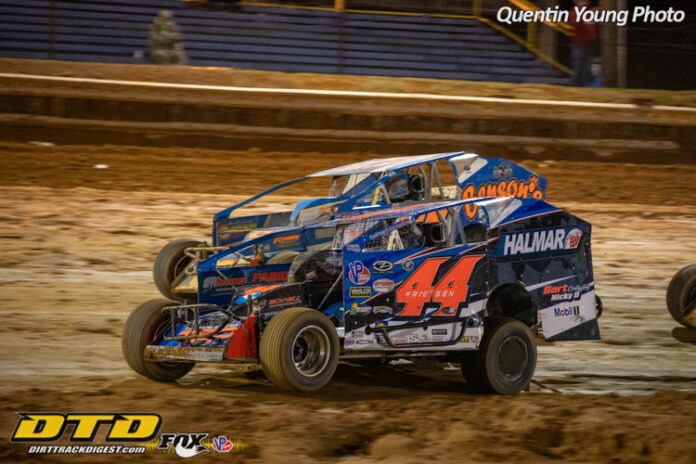 CHATHAM, LA – It has been a difficult start to the ‘Cajun Swing’ for Stewart Friesen, but on Friday night he finally broke through and found victory lane at Super Bee Speedway in the 40 lap, $4,000 to win Short Track Super Series feature event.

Willy Decker and Jack Lehner brought the 26 car field to the green flag, but it was Stewart Friesen who grabbed the lead on lap one from his 4th starting spot.

With Friesen strong out front, the 9s of Matt Sheppard was making his way through the field after starting in the 10th spot, moving into the runner up spot just after halfway.

A yellow flag on lap 27 would bring the field together and set the stage for a fantastic finish.  On the restart it was Friesen who jumped out to the lead using the bottom fo the speedway, but Sheppard had the 9s machine working on the top and took the lead away from Friesen but a yellow with only 11 laps to go slowed the field once again.


Sheppard mounted one more charge on the 44 of Friesen on the final lap but was unable to complete the pass for the lead, giving Friesen his first victory on the “Cajun Swing.”

Did Not Start: David Forbis