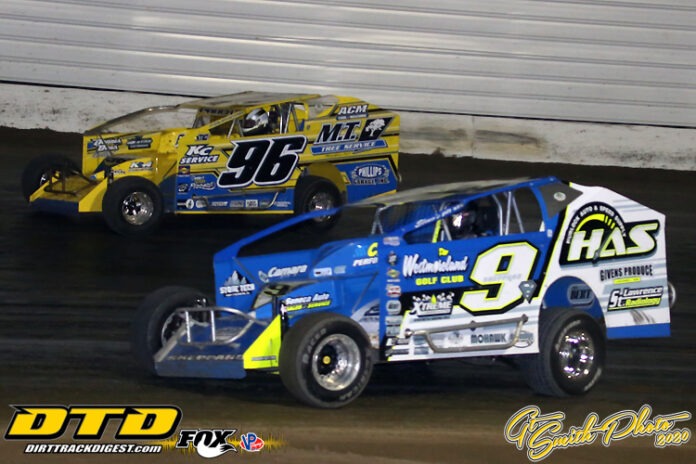 For the third time, the Bob Hilbert Sportswear Short Track Super Series (STSS) Fueled By Sunoco heads to Florida for the ‘Sunshine Swing.’

The 2022 edition brings the STSS back to the site of the original ‘Sunshine Swing,’ Wendell Durrance’s pristine All-Tech Raceway in Lake City, Fla.

$126,435 is the total purse money up for grabs for STSS Modified and STSS Crate 602 Sportsman competitors Feb. 8-12. Numerous product certificates and special awards will add to that total rewarding STSS competitors headed to the Sunshine State.


The STSS made its maiden voyage to All-Tech in 2020, with three races in two nights after the Opening Night was postponed due to rain.

Sprakers, N.Y.’s Stewart Friesen opened up the first STSS visit to Florida with two wins in one night. Friesen’s triumphs awarded him $12,500 for his efforts in a single night of racing.

The finale of the inaugural Sunshine Swing was a thriller, with Ransomville, N.Y.’s Erick Rudolph claiming his second career STSS victory and the $10,000 payday to accompany it.

Friesen’s two wins and a runner-up in the finale made him the first ever ‘Sunshine Swing’ champion in ‘20.

Due to scheduling conflicts, the STSS trekked to Ocala, Fla., to take on Bubba Raceway Park last year.

Rudolph and Friesen picked up right where they left off in the year prior, with the two of them battling for the wins each of the first two nights.

Rudolph earned $5,000 for the win in the opener, with Friesen outdueling his counterpart on the second night for a $6,000 victory.

The third and final night in Bubba Raceway Park brought a new driver to Victory Lane in Florida.

Rudolph raced again to a podium finish, making him the 2021 ‘Sunshine Swing’ champion, and continuing his STSS prowess outside the Northeast.

The STSS Crate 602 Sportsman have joined the Modifieds in Florida each of the first two years and will do so again in 2022.

The Ballestero brothers – Michael and Antonio – both claimed wins on the first nights of the ‘Sunshine Swing’ in 2020: their first-career STSS wins.

Canadensis, Pa.’s Grant Hilfiger won the ’20 finale and the championship after finishing runner-up on each of the first two nights.

Sicklerville, N.J.’s Stephen Kemery was the star of the show in ’21, winning two of the three nights at Bubba Raceway Park and the ‘Sunshine Swing’ title. Kemery finished runner-up on Night No. 2 to Walnutport, Pa.’s Tanner Van Doren.

The Short Track Super Series returns to All-Tech Raceway with four nights on the schedule for the third annual ‘Sunshine Swing.’

All ‘Sunshine Swing’ race information can be found at the following link: http://shorttracksuperseries.com/event-info/

The full week of racing – and all ’22 STSS events – will be broadcast live on FloRacing (www.floracing.tv).