BULLS GAP, TN – Picking up his second Schaeffer’s Oil Southern Nationals Series victory of the year, Dale McDowell put an exclamation mark on the end of the miniseries tour tonight, August 1 at Volunteer Speedway! The series returned to the ultra-fast Bulls Gap, Tennessee oval to preside over a rain-postponed show from July 19 and no points were on the line. Dale was the fastest qualifier from Group B during the time trial session, which locked him into the outside of the front row for the start of the 40-lap main event. The Chickamauga, Georgia Hall of Famer, who finished second in the final series point standings, took off from the drop of the green flag and led every circuit during the caution-free affair to bag the $4,053 winner’s check.

Zack Mitchell, of Enoree, South Carolina, laid down the quickest lap overall during qualifying and ran second the entire feature distance to land in the runner-up position aboard his BWRC ICON entry. Ewing, Virginia native Dakotah Knuckles was able to work his way past a trio of racecars to round out the podium in the third spot. Benjamin Cranford, who finished third in the final Dirt Draft Rookie of the Year standings with the tour, brought home a stellar fourth place effort after starting in the outside of the second row. Newly-crowned Schaeffer’s Oil Southern Nationals Series Champion Donald McIntosh advanced two positions to close out the miniseries with a solid fifth place performance.

Series regular Jensen Ford had the most eventful evening, as the Johnson City, Tennessee driver sported the fastest car during hot laps before suffering terminal mechanical woes on his first qualifying lap. Thinking he was done for the night due to the issues, Blount Motorsports stepped up to offer their back-up #7M machine that McIntosh drove during the first few races on the tour. Jensen accepted the opportunity, started shotgun on the field in his borrowed ride, and promptly blasted past eleven cars en route to sixth place showing.

“The racetrack was in great shape,” quoted the winning McDowell in Schaeffer’s Oil victory lane following the contest. “With them getting some rain overnight, we didn’t know how the surface would be today. Hats off to the entire crew here at Volunteer Speedway, all of the fans that came back on a Sunday, and everyone associated with the Southern Nationals Series. It’s a fun deal to run and while we came up a little short for the Championship, we had a fun few weeks out on tour with these guys!”


The final event of the 2021 Schaeffer’s Oil Southern Nationals Series drew a 17 car field to the high-banks of Volunteer Speedway for the rescheduled program. On the initial race date of July 19, a field of 26 competitors had signed in to do battle before persistent rain showers postponed the action. The feature grid tonight was entirely set by FK Rod Ends qualifying and each entrant advanced into the A-Main.

For more information on the Schaeffer’s Oil Southern Nationals Series presented by Sunoco Race Fuels, please point your Internet browser to www.SouthernNationalsSeries.com or feel free to call series promoter Ray Cook at 828-360-5353. You can also follow us across social media platforms on facebook.com/southernnationalsseries and on Twitter @sonationals.

About Schaeffer’s Oil & Specialized Lubricants:
Schaeffer’s Specialized Lubricants: synthetic motor oils, hydraulic fluids, and diesel fuel additives have achieved a world-class reputation for improving engine performance and fuel economy, but their diverse product line includes all types of industrial lubricants, industrial greases, and industrial oils as well as specialty items like their chain lubes and degreasers. Founded in 1839, their philosophy is to provide advanced lubricants for improved performance, reliability, and fuel economy. Learn more or find a rep near you at www.SchaefferOil.com. 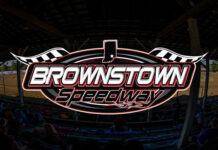