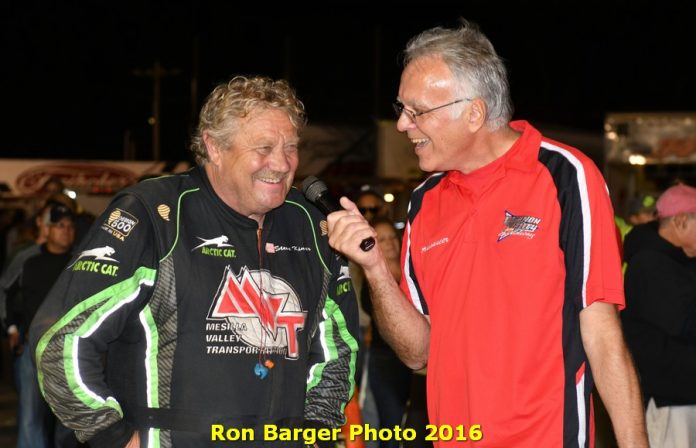 ROSSBURG, OH – The King. In only two simple words, the legend that is Steve Kinser can be fully defined. Having made seven appearances on the Eldora Speedway stage as the event champion, King Kinser will add another chapter to his career as he crowns the winner of the 34th Annual Kings Royal in the role of Royal Sovereign.

“I’m really looking forward to being this year’s Royal Sovereign,” Kinser said. “Eldora Speedway has always been one of my favorites and the Kings Royal is the biggest race of the season at the track. It’s also one of two races every driver wants to win every year.

“When Tony (Stewart) called and asked if I would want to crown this year’s Kings Royal winner, I was pretty surprised – it’s really an honor. When you’re on the stage as a winner, you don’t always have time to process what’s going on but you know it’s a big deal. It’s going to be cool to crown this year’s king and to take it all in.”

“The night I won the first Kings Royal, Earl (Baltes) paid me $50,000 in cash and handed it to me in a shoebox,” Kinser said. “That was something, getting the payout in cash. Earl was really the first to pay that kind of money for a sprint car race. He and Eldora set the bar when it came to big events.”

The Baltes’ family not only built Eldora, but laid the groundwork for the traditions the facility is known for today. Creating a family atmosphere that welcomed fans and competitors alike, the Baltes’ approach to dirt-track racing wasn’t lost on Kinser when he won his first Kings Royal in 1984 or when he competed in his last event in 2014.

“When you drive through the gates at Eldora, it’s just a neat deal,” Kinser said. “You see all of the motorhomes and campers and the fans always greet you as you head into the pits. I can remember that from my first trip to Eldora in 1978 and its still that way today.

“Terry Baltes (son Earl and Berneice) was the track announcer when I won my first Kings Royal in 1984. When they had him announce me during driver introductions in 2014 when I ran my last Kings Royal, it really brought back a lot of memories. When I heard his voice on the PA as I walked across the stage, it made me think about the races I’d won at Eldora. It was cool to have him as part of my last Kings Royal.”

This year, Kinser will reign over the iconic Kings Royal victory lane as the Royal Sovereign. Following the checkered flag, the victor will be greeted by a Ms. Eldora Speedway representative who will place a cape around their neck. A second Ms. Eldora Speedway will present a scepter to the winner who will then kneel before Kinser, who will officially proclaim them the new Kings Royal monarch.

“After all of my Kings Royal wins, I was so caught up in the moment I don’t know that I really remember what the sovereign says,” Kinser said. “I’m definitely going to practice before victory lane on Saturday night – I’m not going to be the one who messes up the Kings Royal tradition.”

The 34th Annual Kings Royal Weekend kicks off with the Jokers Wild on Thursday, July 13, with a complete show featuring WoO Series single-car qualifying, Heat Races, C-Main and B-Mains, Dash event and the 30-lap Feature event paying $10,000 to win. The Knight Before the Kings Royal on Friday, July 14, will feature another full night of racing cumulating with a 30-lap, $12,000 to win Feature event. The Kings Royal will conclude on Saturday, July 15, with Heat Races, C-main and B-main events leading up to the 40-lap $50,000 to win finale. 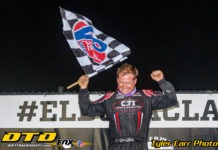 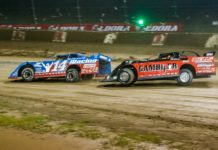