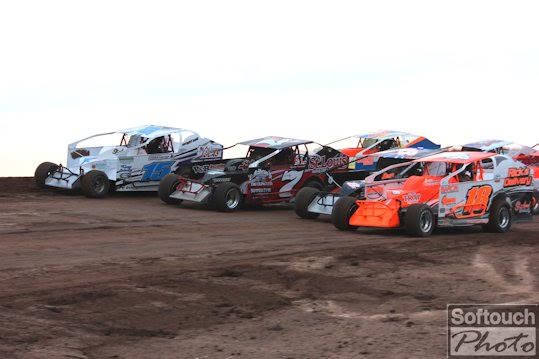 PORT COLBORNE, ONT – The Humberstone Speedway is pleased to announce their 58th Season Schedule at the historic oval in Port Colborne, Ontario.
The busy season will start on Sunday April 30th at 1:00pm as ATTAR Metals presents the 2nd annual Dawn of Destruction. $1,000 to win Enduro plus the 2nd Construction Crush Off Championships plus Flag Pole Race, Ladies Race, Side By Side race and more. Gates will open that day at 11:00am for the grandstands. Rules are available online at humberstonespeedway.com

The 58th season opener presented by Country 89 will take place on Sunday May 21st with race number one for the BEI Lightning Series for the Sportsman plus a full card of RUSH Late Models, Street Stocks, Mini Stocks, Pro 4 Trucks and a 4 Cylinder Demolition Derby. Come at 3:00pm for a pre-race Tail Gate Party featuring a Motorcycle Show and Kids Power Wheel Races. “M” license holders will receive discounted admission. Racing will begin at 6:30pm sharp. The month of May will come to an end on May 28 with a full card plus race number one of the Cooper Motorsports Minvans of Mayhem Series.

June 4th will feature the first of two visits from the Southern Ontario Sprints. CAA Night will be on June 11th featuring the Mod Lites plus Performance ATV presenting the first side-by-side UTV race in Niagara! June 18th, Father’s Day Special will see a full card plus Vintage Cars and a 40 lap Eve of Destruction Enduro Qualifier. The top five in the Enduro will start in the top five for the Eve of Destruction September 17th. The month of June will come to an end on June 25th as J.N’E Towing presents the Crate Sprint Cars, a full card of racing plus race two of the Cooper Motorsports Minivans of Mayhem Series.

August 6th will be the All Canadian Championships. Vintage Cars will be on the program as well as a five star show plus Humberstone’s Salute to the Troops, honoring the Wounded Warriors of Canada. August 13th will be the second visit of the season for the Southern Ontario Sprints. August 20th will be a full show plus Mod Lites and round four of the Minvan Mayhem Series. The month of August will come to an end with a two day special for the Pete Cosco Memorial Weekend. Saturday August 26th, Rankin Construction presents the inaugural visit by the Race of Champions Dirt Series Big Block Modifieds plus RoC Sportsman Tour event and the Mini Stocks. Sunday August 27th will be the Pete Cosco Memorial for the Modifieds as it will be the Big Blocks vs. the 358 Small Blocks. Cosco Haulage Ltd will be sponsoring the racing action on August 27th.


Labor Day Weekend comes in with Season Championships for all divisions. September 10th will be the annual Safecracker 100 presented by Mike Knapp Ford. The Sportsman Super DIRTcar Series will be on hand for a 100 lap shootout. September 17th will be the annual day of destruction and mayhem as ATTR Metals presents the annual Eve of Destruction, Canada’s wildest Motorsports events including a Kids Power Wheels Demolition Derby.

A major change for 2017 will be at the admission gate where anyone 18 years of age and under will be admitted free on race nights, starting on May 21st. “Allowing age 18 and under free admission will hopefully attract High School students in the region to come out and join us for a Sunday night of fun” states General Manager Bob Davidson. “Humberstone is working hard to keep the cost down, making us the most affordable family entertainment in the region” Davidson continued. “With this, we are looking to increase both our fan base and driver rosters, and that’s what we need to do to keep growing the sport” Davidson explained.
Humberstone Speedway is located just two miles East of Port Colborne on Highway 3, just 17 miles west of the US/Canadian Border at the Peace Bridge (Buffalo/Fort Erie). For more information, please visit us on the World Wide Web at www.humberstonespeedway.com as well as liking us on Facebook by searching NewHumberstoneSpeedway, following us on Twitter @NewHumberstone and Instagram @HumberstoneSpeedway Don’t forget to bring your portable FM radios and listen to all the action on 90.3FM. You can also call the speedway at (905) 834-4002 or the speedway office at Cosco Haulage (905) 935-2886