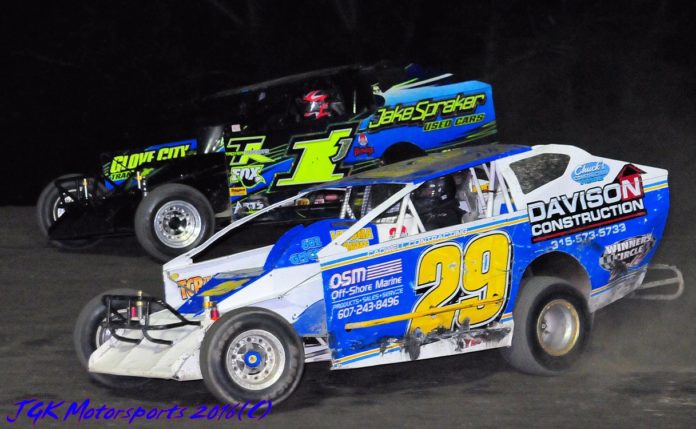 CORTLAND, NY – Paul Cole, owner of SuperGen Products, has reached an agreement with GRIT originators, Dick and Nick Stark, thus forging a three-headed management team at the helm of the established series. Series President, Dick Stark, stated, “Paul has been an outstanding sponsor for the series, and has a great business mind, along with a strong political background. He brings a unique perspective to what Nick and I have previously done, and it’ll really allow us to continue growing and maturing as a series.”

“Everything we do will be bounced off of each other. No willy nilly, fly by the seat type attitude. Paul brings the necessary structure that a successful business needs. Business sense doesn’t get lost in the fold just because we’re talking about a hobby/sport”, Stark (Nick) said.

“As a multi-faceted supporter of racing, I recognize the power of marketing relationships. Our hope is that while growing the Sportsman Class of racing that more racers/owners will be able to enhance relationships with their sponsors, so that the racing industry will continue to flourish across the region. Race cars can be expensive, but are an excellent way for advertisers to get their products in front of much more of the public. By growing the purses and regionalizing the tours, GRIT will be enhancing Sportsman racers a bigger commodity for their marketing partners while earning good money that can offset the rising costs of racing,” said Paul Cole. His business SuperGen Products is a distributor of Champion Power Equipment (generators, pressure washers, winches) based in Newark, NY.