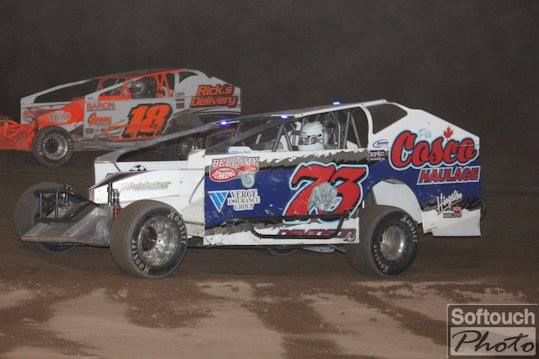 PORT COLBORNE, ONT – With the wet spring so far this season, it is “take two” for the Humberstone Speedway to open the gates for the first time in the 2017 racing season.

The BEI Lightning Series for the Sportsman will headline the Opening Night card.The BEI Lightning Series was created in 2014 by Brian Bellinger, a 20 year racing veteran to give the dirt Sportsman a bit more to race for with a good paying point fund, giveaways and better pay throughout the entire field. They will be joined by a full card of Maple Leaf Foods RUSH Late Models, JC Auto Street Stocks, Cosco Haulage Mini Stocks and Mike Knapp Ford Pro 4 Trucks. Opening Night will be capped off by the first race of the Cooper Motorsports Minivans of Mayhem Series.

A major change for 2017 will be at the admission gate where anyone 18 years of age and under will be admitted free on race nights, starting on May 28th. “Allowing age 18 and under free admission will hopefully attract High School students in the region to come out and join us for a Sunday night of fun” states Humberstone Speedway General Manager Bob Davidson. “Humberstone is working hard to keep the cost down, making us the most affordable family entertainment in the region” Davidson continued. “With this, we are looking to increase both our fan base and driver rosters, and that’s what we need to do to keep growing the sport” Davidson explained.

Due to the early season rainouts and cancellations, the second annual Construction Crush Off will now take place on Sunday June 4th. “We would like to thank ATTAR Metals, Peters Excavating and Walters Excavating for their patience and for helping us reschedule the event” commented Tom Beales. “When we do get to do the crush off, it will be entertaining” Beales added. The 4 Cylinder Demoliton Derby will be held on June 18th. Also rescheduled, the ATTAR Metals $1,000 to win Enduro will now be part of the $1,000 to win night on Sunday July 2nd.
Humberstone Speedway is located just two miles East of Port Colborne on Highway 3, just 17 miles west of the US/Canadian Border at the Peace Bridge (Buffalo/Fort Erie). For more information, please visit us on the World Wide Web at www.humberstonespeedway.com as well as follow us on Twitter @NewHumberstone and like us on Facebook. Don’t forget to bring your portable FM radios and listen to all the action on 90.3FM. You can also call the speedway at (905) 834-4002 or the speedway office at Cosco Haulage (905) 935-2886