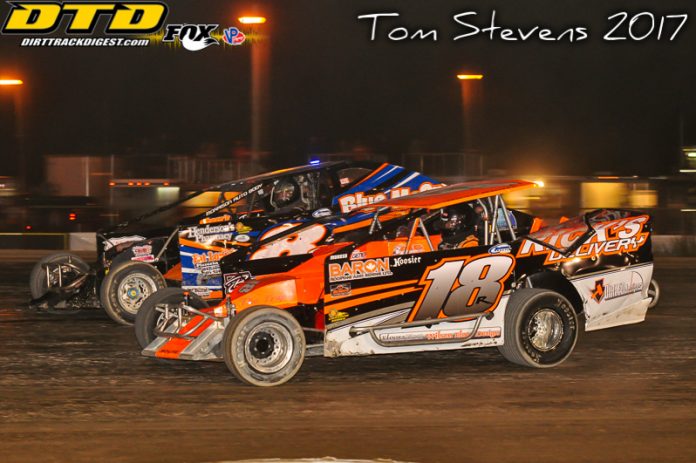 BUSTI, NY – Race of Champions management have announced changes to the Thursday, September 7 event at Stateline Speedway. The Modifieds have been dropped from the schedule and will not take part in the event at the Busti, N.Y., facility.

The Race of Champions Dirt 602 Sportsman Modified Series will race in their final event of the season to determine the season champion. Currently Chad Chevalier of Port Colborne, Ontario leads Brad Rouse of Saint Catharines, Ontario by just 5 points. Chevalier has visited victory lane twice during the season at Ohsweken Speedway in the Series most recent event at Humberstone Speedway, while Rouse won the opener at Humberstone. Adam Leslie of Port Colborne, Ontario won at Freedom Motorsports Park in Delevan, N.Y.

The race at Stateline will pay $1,250-to-win and $125 to start and be the opening event in the season ending “Shootout” Weekend, which close out Stateline’s 61st season of racing.

“The Sportsman drivers and teams have excelled in their support of our programs and we are dedicated to creating a program for them that we are all proud of,” explained Joe Skotnicki, Race of Champions steward. “We feel this is a great opportunity to expose all of that the Sportsman division is about and look forward to crowning our champion at Stateline.”

For race fans General Admission to the race will be just $10 and will also see the Stateline Challengers in competition.


Where: Stateline Speedway
When: Thursday, September 7, 2017. “Battle of the Border 50”. Pit Gates Open at 5 pm, racing at 7:30 pm.
Directions: The track is located is just minutes southwest of downtown Jamestown, NY, and East of Erie, PA at 4150 Kortwright Road, Jamestown, NY
What: The Race of Champions Dirt Modified Series fueled by Sunoco & The Race of Champions 602 Sportsman Modified Series fueled by Sunoco “Stateline Border Battles”.
For More Information: www.newstatelinespeedway.com (716-720-2403) / www.rocmodifiedseries.com

The Race of Champions is a sanctioning body presenting Modified and Stock Car racing on asphalt and dirt surfaces throughout the Northeast, with events in New York, Pennsylvania and New Jersey. The 67th annual Race of Champions weekend will take place in 2017 at Lake Erie Speedway in North East, Pennsylvania as part of Presque Isle Downs & Casino Race of Champions Weekend and is the second longest consecutive auto-racing event in North America, second only to the Indianapolis 500.