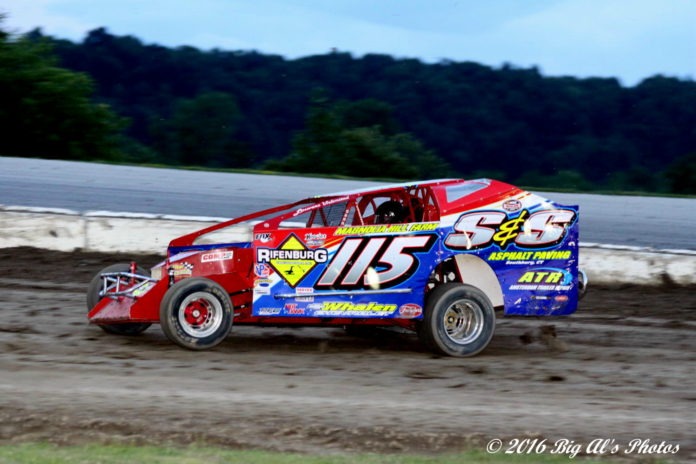 WEST HAVEN, VT – Kenny Tremont Jr. will be one of three stock car drivers from Devil’s Bowl Speedway who will be honored for their accomplishments in Charlotte, N.C., in December. Tremont will be crowned the NASCAR Whelen All-American Series (NWAAS) Vermont State Champion for the first time in his career, and will also be recognized for winning the track championship at The Dirt Track at Devil’s Bowl in 2017.

In addition, Randy Howe will be celebrated as the NWAAS Vermont State Rookie of the Year, and Vince Quenneville Jr. will celebrate his second championship at The Asphalt Track at Devil’s Bowl. The drivers will be part of a black-tie gala for NASCAR Home Tracks weekly and touring series competitors at the NASCAR Hall of Fame and Charlotte Convention Center on Friday, December 8.

More than 60 weekly asphalt and dirt tracks across 29 U.S. states and four Canadian provinces make up the NASCAR Whelen All-American Series. Drivers compete for state, provincial, and national championships under a common point system; each driver’s 18 best results from January 1 through September 17 count toward the “Division I” titles, while support division drivers use their best 14 races in Divisions II-V for national points. More than 1,000 drivers compete in each division each year.

Devil’s Bowl Speedway operated both its half-mile Asphalt Track and its 3/10-mile Dirt Track under NWAAS sanction in 2017 with Sportsman Modifieds as the designated Division I class. In spite of running only the 14 NASCAR-sanctioned races held on the Dirt Track, Tremont’s performance was enough to give him a 35-point cushion over fellow dirt racer Tim LaDuc and a 37-point edge on two-track driver Vince Quenneville Jr.

Dirt racer Randy Howe of Lebanon, N.H., finished sixth in the state standings. As the top-ranked first-year NWAAS Division I license holder, Howe will be recognized in Charlotte as the NASCAR Vermont State Rookie of the Year and will collect a $1,000 check for his efforts.

In addition, the University of Northwestern Ohio (UNOH) awards the Youth Achievement Award each season for the best-performing drivers age 14-17. West Rutland, Vt.’s Roo Forrest, 17, earned the most points in the category across all divisions on the Asphalt Track at Devil’s Bowl, while 14 year-old Johnny Bruno, of Castleton, Vt., took the award for the Dirt Track. Forrest ranked 29th in the UNOH national standings with Bruno 36th; each driver will win a $500 cash prize and a $500 scholarship to UNOH.