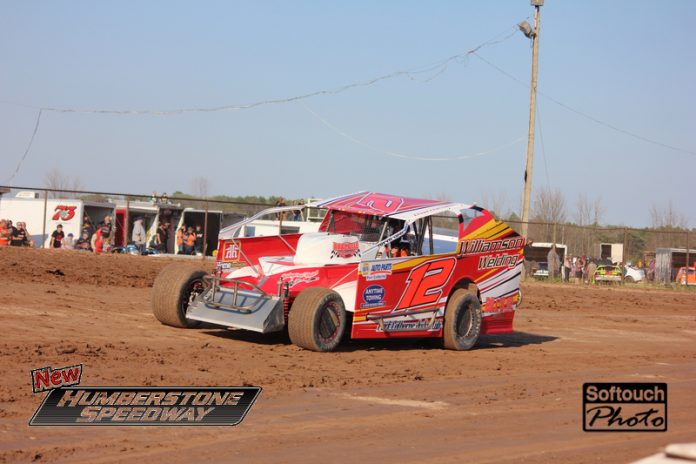 PORT COLBORNE, ONT – The New Humberstone Speedway has released its schedule for the 2018 season, which will begin the annual Dawn of Destruction on Sunday, April 29.

Before the Dawn of Destruction, fans will have the chance to see the cars and stars of the New Humberstone Speedway at the Seaway Mall in Welland, Ontario from April 22-28 during regular mall hours.

The $3,000 to win Dawn of Destruction presented by ATTAR Metals will feature an Enduro, Auto-Cross, Backwards Race, Demolition Derby and more. Destruction starts at 1:00pm. There is still plenty of time to sign up and register for the Dawn of Destruction and you can do so by contacting Humberstone Speedway.

Humberstone’s 59th season of stock car racing will begin on Sunday, May 20 as the Seaway Mall presents the season opener. It will also mark the first race for the newly created North East Late Model Alliance series as well as the inaugural race for the newly created Insta-Panels Duel on the Dirt Series for Mini Stocks. The Insta-Panels Duel on the Dirt Series for the Mini Stocks and Thunder Stocks are special races and point funds with combined races and individual races at Brighton, Merrittville, and Ohsweken Speedways. The night will end with fireworks to kick off Victoria Day Weekend! The month of May will end on May 27as Walters Excavating presents the Don Simpson Memorial. A full card of racing will highlight the night plus the first visit of the season for the Vintage Cars. The Thunder Stocks will be running their first Duel on the Dirt event that night as well.

June will start as Port Colborne Home Hardware presents the Bellinger Electric Inc (BEI) Lightning Series for the Sportsman on June 3. The $1,000 to win event will also see a full card of racing. Archers Truck Service will sponsor the night’s action on June 10 plus its Autograph Night. The Thunder Stocks will have their second Duel on the Dirt event. The inaugural visit from the Action Sprint Tour will come to town on Father’s Day Sunday, June 17 as Stoneridge Specialty Insurance presents the racing card. The first Eve of Destruction Enduro qualifier will cap off the night plus it will be the second Mini Stock Duel on the Dirt event. June 24, Zanchin Truck and Trailer presents the second race for the North East Late Model Alliance plus a side by side UTV race.


Canada Day sees the return of the $1,000 to win showdown for all classes! The Race of Champions Dirt Sportsman Series will be on hand plus it is combined races for the Duel on the Dirt for the Thunder Stocks, and Mini Stocks. The North East Late Model Alliance will also have their combined event on Canada Day. Fireworks will cap off the night. July 8 will be an emotional night as the Bob St Amand Sr Memorial is now taking place at Humberstone. 30 lap feature distances for all classes with bonus Papa payouts for all classes. Bob Sr raced at Humberstone and was active in racing throughout Southern Ontario for many years until his passing in 2008. July 15th will be Autograph and Super Hero Night presented by Metro Group of Companies. A full card of racing will be presented. CAA Niagara will present the program on July 22 which will be a full card plus the second Eve of Destruction Enduro qualifier. The month of July will come to an end as Clark’s Cycle presents Bike Night. A full card of racing plus Vintage Cars.

Sunday, August 5 will be the All Canadian Championships presented by Performance ATV and Leisure. August 12, Verge Insurance Center presents the Action Sprint Tour plus Sportsman, Late Models, Mini Stocks and Pro 4 Trucks. August 19 will be the 5th Gabe Bellante Memorial for the Sportsman plus a full card of racing. The program, presented by Rick’s Delivery will see the winner of the Sportsman event taking home $1,000. August 26th, Cosco Haulage presents the Pete Cosco Memorial $4,000 to win event for the Modifieds. The Race of Champions Dirt Sportsman Series will be back for a $2,000 to win showdown. The full card event will also see bonus lap money being handed out to all divisions.

Going into the final month of the season, Rankin Construction presents the Action Sprint Tour plus Sportsman, Thunder Stocks, Mini Stocks, Trucks, and Fireworks for Labor Day Weekend. September 9, Mike Knapp Ford presents the Trevor Wilkens Memorial for the Sportsman Super DIRTcar Series plus a full card. September 9 will also be Season Championship Night for all divisions plus the final Eve of Destruction Enduro qualifier. September 16th will be the final event on the schedule, as ATTAR Metals presents the Eve of Destruction, Canada’s Wildest Motorsports Event at 1 pm.

For all regular Sunday night events, gates will open at 4:30 pm with racing to begin promptly at 6:30 pm. A full copy of the 2018 Humberstone Speedway schedule is available online at www.humberstonespeedway.com

Rules have remained the same for the DIRTcar Sportsman, RUSH Late Models, Thunder Stocks, and the Pro 4 Trucks. The Mini Stocks will have the same rulebook as those competing at Ohsweken and Merrittville Speedways. “This is huge for the Mini Stocks,” says New Humberstone Speedway president Dave Bitner. “Common rules will improve car counts and competition”, Bitner added.

Fans will hear a new voice in the announcer’s booth this season as Kendra Adams will be joining longtime announcer Steven Petty. Kendra will also be assisting in the media relations and marketing aspects of the speedway. Kendra competes in the Pro Late Models at Sunset Speedway where she was the 2017 NASCAR Whelen All-American Series Provincial Rookie of the Year. She also has her own TV show, Fastlane w/Kendra on CTV and she is also covers racing on Speed51.com

When fans enter the speedway for the 2018 season, they will see new signage, property beautification as well as new boards for several sections of the grandstand area. 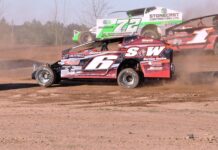