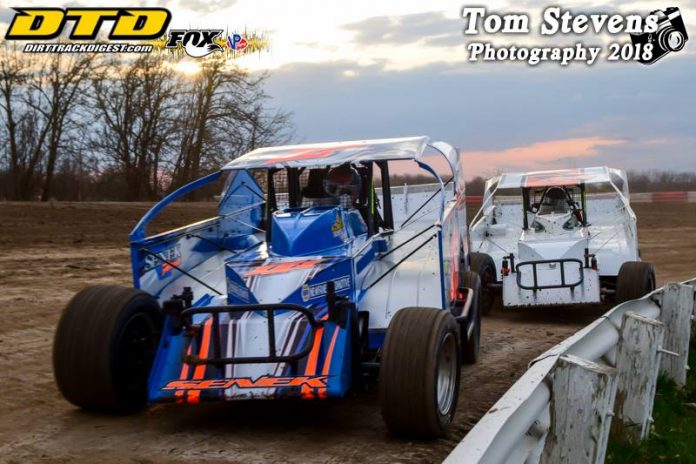 EAST CONCORD, NY – The Bellinger Electric Inc. (BEI) Lightning Series for Sportsman is pleased to announce their plans for the 2018 season. The seven-race schedule will see drivers competing at tracks throughout Western New York, Southern Ontario, and Northeast Pennsylvania.

The 2018 schedule kicks off at the New Humberstone Speedway in Port Colborne, Ontario on Sunday, June 3. Some of the top point getters from the Series all call Humberstone home, including 2017 BEI Lightning Series Champion Chad Chevalier. After the series “crosses the ditch”, they head into the Keystone State for the first time on Sunday, June 10 at the Old Bradford Speedway. The race at Old Bradford will be an exhibition event with show-up points being awarded as well as special financial incentives which will be announced in the coming weeks. On Saturday, June 23, the series will travel to the Genesee Speedway in Batavia, NY for race number three of the 2018 campaign. Series regulars will look to steal the race away from the tough field that Genesee produces each Saturday night. Race four will be at Freedom Motorsports Park in Delevan, NY on Friday, July 6. The firecracker event always features intense racing on the tight racing oval at Freedom. Merrittville Speedway in Thorold, Ontario will be the host for race number five of the 2018 campaign on Monday, August 6. The Civic Holiday race at Merrittville is in part of the Big Block Modified Super DIRTcar Series event. Race number six will see the BEI Series make their inaugural appearance at the Ransomville Speedway in Ransomville, NY on Friday, September 14. The race at the Big R is part of the King of the Hill and the tough Ransomville regulars will be ready to defend home turf against the Series Superstars. The 2018 Series schedule will come to an end on Saturday, September 28 at the McKean County Family Raceway in East Smethport, Pennsylvania. All feature races are 40-laps in distance except for Merrittville, that race will be 30-laps in distance.

BEI Lightning Series races will always be a minimum $1,000 to win with $125 to take the green in the feature. Some tracks have graciously increased the amount to win. The only exception to that will be the event at Bradford. When racing in the United States, payouts will be in US currency and when in Canada, payouts will be in Canadian funds. Registration for each race is $12 US or $15 CDN or $65 US and $80 CDN for the whole season.


Like in previous years, a drop will be allowed towards the overall points title. For the North and South mini Series, there is no drop and drivers must attend all three races in the mini-series to be entitled to the mini-series payout. New in 2018 is the Wild Card Winner. This $100 bonus will be drawn at every BEI Lightning Series race to any driver that attempts to qualify for the show. 2018 will also see the return of the Low Cash Dash. The Low Cash Dash is for the first six cars that do not make the feature event. The six-lap event will pay $100 to win, $60 for second, and $40 for third place. The BEI Lightning Series uses a draw-redraw format with no more than half the field being redrawn. 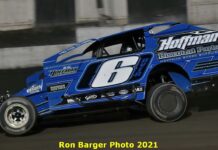