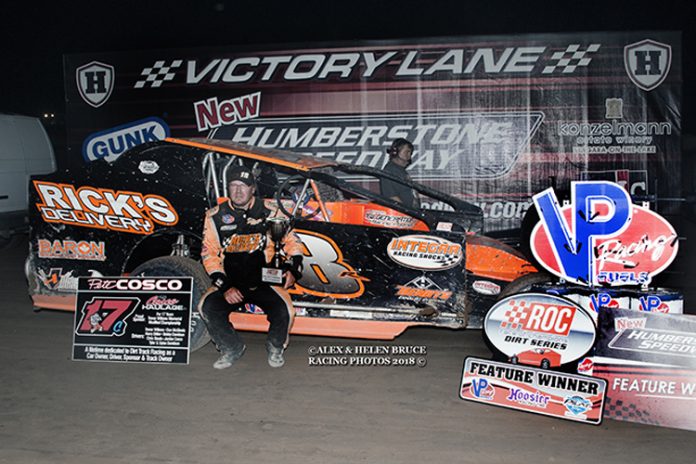 Rouse made the most of the opportunity by winning his heat, redrawing 5th and working his way to the front to claim his first victory of the 2018 season and his second Race of Champions title.

“This one means a great deal along with winning the championship,” stated Rouse from victory lane. “We’ve been close here before and tonight we got it done. Pete (Cosco) was a great man and it is an honor to win his race. I’m very thankful for this opportunity and for all of the guys and gals on my team and all that they do. Tonight was an awesome night.”
Tyler Puchalski of Port Colborne, Ontario, drew the pole and led the early stages of the race before Rouse worked past him in to the top spot.

Rouse, Leslie and Jay Mallory of Saint Catharines, Ontario won the qualifying races. Greg Panunte of Port Colborne, Ontario posted the fastest overall time in group timed hot laps to earn an additional $51 for the Speed51.com “Top of the Board” Award.