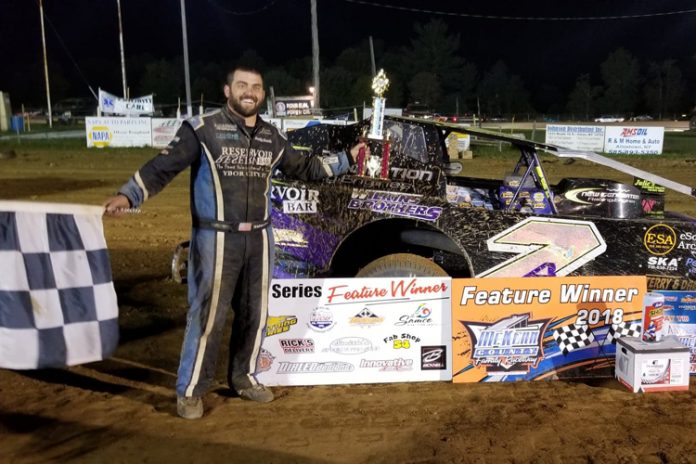 EAST SMETHPORT, PA – “The Lockport Lazer” Andrew Smith was victorious in the inaugural visit by the Bellinger Electric Inc (BEI) Lightning Series at the McKean County Family Raceway for the Fall Nationals. For the second consecutive season, Chad Chevalier from Port Colborne, Ontario was crowned the 2018 BEI Lightning Series Champion.

Jim Harbison and Chad Chevalier led the 21-car field to the green flag of starter John Powell for the 40-lap Fall Nationals feature with Chevalier taking the lead. Chevalier would dominate much of the feature as he opened-up his lead and entered lap traffic by lap 10. Chevalier would continue to lead as Andrew Smith worked his way into the top five early on from his eighth place starting position.

Smith would then move into the top two prior to the halfway mark and would begin to pressure Chevalier. After a mid-race caution bunched the field up, Chevalier and Smith would pull away from Harbison, Brett Senek, and Dave DiPietro. A late-race restart with a lap to go saw Smith make his move to go underneath Chevalier to take the lead on the last lap, and would go on to score the win, his first of the season on the series. Harbison would finish in second followed by Chevalier, Senek, and DiPietro. 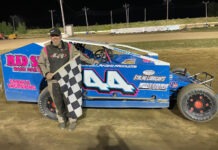