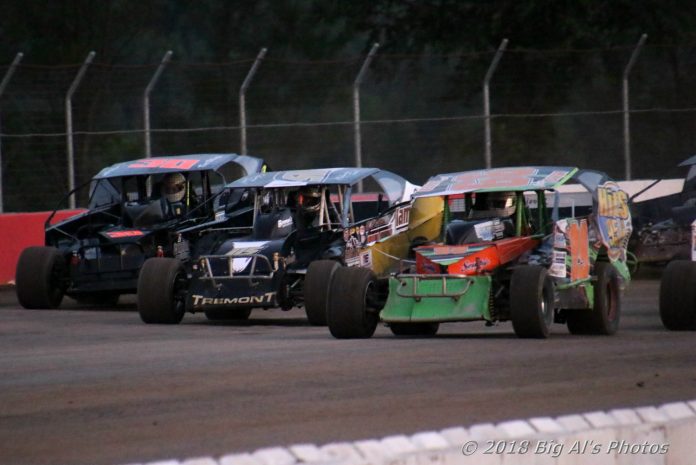 WEST HAVEN, VT – Devil’s Bowl Speedway has unveiled its 2019 schedule, jam-packed from May to September with special events. The Vermont facility enters its 53rd season after an ultra-successful transitional year that saw the full-time return of exciting weekly dirt racing to its half-mile surface, larger car counts, and more fans.

The “602” crate-engine Sportsman Modified division continues as the weekly Sunday night headliner. All 19 events will feature the Sportsman cars, and all but one includes the Limited Sportsman, Super Stock, Mini Stock, and 500cc Mini Sprint divisions. The Sportsman field exploded last summer to be one of the best car-counts of any division in New England, with an average of more than 27 cars per event and a total of 93 drivers participating.

As a reward to the Sportsman teams, several new big events have been created including two 100-lap races, two King of Dirt Racing (KOD) Crate Modified Series races, and two other extra-distance races. Those events all build up to the blockbuster $12,000-to-win Interstate All Battery Center “Vermont 200” on Labor Day weekend.

Weekly Sunday night racing begins on May 19 and continues each week through September 15. The first major event will be May 26 when the KOD stars roll in for the 50-lap “Memorial Day Kickoff” along with the winged, wild, and wicked-fast warriors from the Sprint Cars of New England (SCoNE) tour. The next extra-distance race will be on June 9 when the Charlie LaDuc Memorial race shifts to a new early-season date for its annual 54-lap feature.

The lone midweek event of the 2019 season will be on Wednesday, July 3, with Devil’s Bowl Speedway’s famous Independence Day fireworks celebration. The Sportsman Modifieds will race 100 laps and the SCoNE Sprint Cars are also in action with all weekly divisions. The SCoNE Sprint Cars are back on Sunday, July 14, followed by the eighth annual C.J. Richards Memorial on July 28, which has been extended to 100 laps for the Sportsman Modifieds.

The ground will rumble on August 11 with a major special event pitting the region’s Big Block and Small Block “358” Modifieds against each other. Two 25-lap features will be run – each paying $1,500 to win – with the top 12 finishers from each qualifying for the 50-lap, $10,000-to-win showdown. The KOD Crate Modified Series is also back in town for the Leon Gonyo Memorial 40, while the weekly Devil’s Bowl divisions get a summer break.

The Vermont 200 returns with a new date on Labor Day weekend. The event opens on Saturday, August 31, with a new “Win & You’re In!” race for the Limited Sportsman division – guaranteeing the winner a starting position in Sunday’s 200-lapper – plus special events for Super Stock, Mini Stock, and Mini Sprint classes and the Ron Casey Memorial Non-Winners Shootout for Sportsman Modifieds. The action on Sunday, September 1, features all Sportsman qualifying races and the 200-lap, $12,000-to-win main event, along with the SCoNE Sprint Cars.

The 2019 track champions in all divisions will be crowned on September 15 with a 50-lap Sportsman special, along with a 100-lap Enduro race for bone stock vehicles with only safety modifications.

Each support division will have a special event during the year; the Mini Stocks are up first on June 2, followed by the Mini Sprints on June 23, Super Stocks on July 7, and Limited Sportsmen on August 4.

A new event already creating lots of buzz is the Vintage Racing Celebration on Sunday, June 30. The event is an open-invite race for cars and competitors from all vintage racing clubs and organizations, and Devil’s Bowl Speedway will have drivers and personalities from days gone by on hand to meet with fans.

The double-points Vince Quenneville Sr. Memorial Mid-Season Championships and driver autograph session will be held on July 21, and the Can-Am Mod-Lite Series invades Devil’s Bowl for the first time on August 18 with half-scale dirt Modifieds capable of the same speeds as full-size Sportsman cars. The annual “Double Stack” Night with double features for all five weekly divisions will be held on August 25.

The popular and unpredictable Street-Legal Spectator Races highlight opening night on May 19 and again on September 8. Devil’s Bowl goes “Topless for Dad” on Father’s Day, June 16, as the Modified classes take their roofs off and the Mini Sprint division goes wingless, and “Hometown Heroes Night” returns July 7 with free admission for first responders and military members who wear their uniform or provide proper identification.

Competitor registration forms and membership licenses are available at a discounted rate now through March 31. Season passes for both general admission grandstand seating and the pit area are also on sale now. 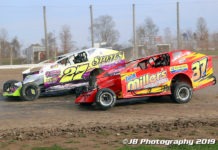 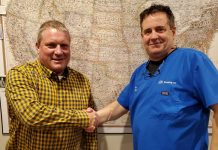