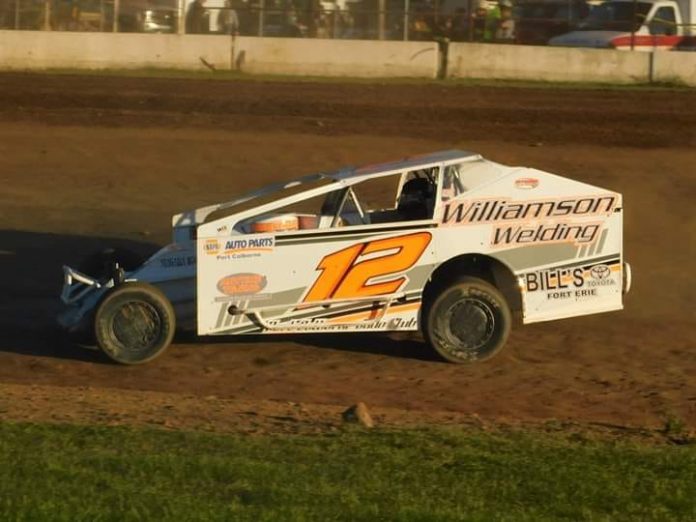 EAST CONCORD, NY – The 2019 schedule of events has been officially released for the Bellinger Electric Inc (BEI) Lightning Series for Sportsman Modifieds. The six-race schedule will see the Series travel to historic racing facilities throughout Western New York, Southern Ontario, and Northern Pennsylvania.

The first event on the 2019 schedule is a date at the New Humberstone Speedway in Port Colborne, Ontario on Sunday, June 2. “602 Night” will also feature the Action Sprint Tour on a night that will feature the 602 Crate Motor. The second race in June will take place just five days later, on Friday, June 7 at Freedom Motorsports Park in Delevan, NY. Last season’s event saw the track’s highest divisional car count in the speedway’s history.

As everyone celebrates our nation’s independence, the roar of the engines will be heard at the “Place to Race”, Genesee Speedway in Batavia, NY for the Firecracker event on Thursday, July 4. It will be Kids Night Out event and the winner of the feature event will be a guaranteed starter for night one of Genesee’s Topless Nationals weekend in September.

Monday, August 5 will see the series once again cross the border and head to the historic Merrittville Speedway in Thorold, Ontario. For the second straight season, the series will be on the same card with the Big Block Modified Super DIRTcar Series. The second race in the month will take place on Sunday, August 25 at the Old Bradford Speedway in Bradford, Pennsylvania. The event at Old Bradford will be the first ever Sportsman Modified point show at the historic venue.

On Friday, September 13, the stars of the Series will race once again in memory of Sean Letts at the Ransomville Speedway as part of King of the Hill Weekend. The second annual Sean Letts Memorial at the Big R will also feature the RUSH Crate Sprint Cars as well as mark the season championship event for the BEI Lightning Series.

The Series will also be having a seventh race, which will be a non-points event at a venue that is TBA.