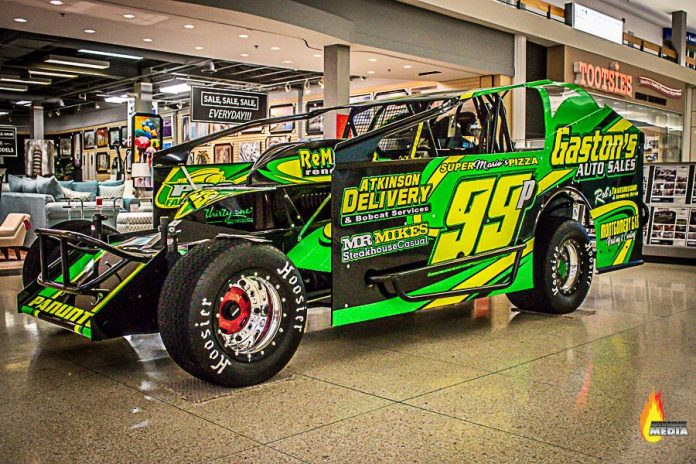 PORT COLBORNE, ONT – The 60th Anniversary season of racing at the historic New Humberstone Speedway is right around the corner. With one car show in the books at the Seaway Mall and the upcoming show at the Pen Centre (March 30-April 6), the season is here, and track management is excited to release the 2019 racing schedule.

“We have events for everyone to enjoy every single week”, comments New Humberstone Speedway Track President Dave Bitner Jr. “The schedule is jammed packed and race fans throughout the region are welcomed to come to check out the speedway in 2019”, Bitner added.

The month of May will see Humberstone open the gates for the 2019 racing season on Sunday, May 19 as the Seaway Mall presents the 60th Season Opener featuring Ken Schrader racing his UMP Modified against the best in Southern Ontario and beyond. The UMP Modifieds will be joined by the DIRTcar Sportsman, RUSH Late Models, Thunder Stocks, Mini Stocks, and Pro 4 Trucks. Showtime is at 6:30 pm. The month of May will end on May 26th as Stoneridge Specialty Insurance presents the first race of the Grit Hoosier Wild West Series for Sportsman plus the first race of the Can-Am Thunder Stock Challenge between Ransomville and Humberstone. Also, on the card marks the first appearance in several seasons by the NY6A 600 Micro Sprints.

July 7 will begin with the Bob St. Amand Sr Memorial night, 40 laps special for the Sportsman with a full card of racing and the night will end with a team demolition derby. July 14 will be the second appearance by the Action Sprint Tour plus a motorcycle burnout contest. July 21, the Super Late Models return to New Humberstone for a Super Late Model/Crate Late Model challenge plus the second appearance of the GRIT Hoosier Wild West Series plus V6’s. The end of July will be Top’s Off and Belly Flops Night featuring topless night for the Sportsman, and Late Models. That night will also feature the lone appearances of the season of the Mod Lites. Also, that night will be a belly flop contest during intermission with $250 up for grabs.

The month of August is jammed packed with blockbuster events including the annual All Canadian Championships on August 4 presented by Performance ATV and Leisure that will see the return of time trials in the morning (10:00 am) for all classes plus a band for the annual post-race party. The next week, the Action Sprint Tour returns for their third and final visit of the season. The following week, August 18 will be 6th Annual Gabe Bellante Memorial, a $1,000 to win Sportsman event. August 25 is the Pete Cosco Memorial featuring the 75-lap, $4,000 to win payday for the mighty Modifieds plus the $2,000 to win Race of Champions Dirt 602 Sportsman Series 40-lap feature.

September 1, Rankin Construction presents Season Championship Night for all classes plus Fireworks. The following week will be the annual swing for the Sportsman Super DIRTcar Series plus a backward race. The final event of the season is Canada’s Wildest Motorsports Event, ATTAR Metals presents the annual Eve of Destruction on September 15 at 1 pm.

Throughout the season will be special events leading up to the Eve of Destruction, called the Masters of Mayhem. June 2 will be a Flag Pole Race. June 16 will be a Trailer Race, August 18 Figure 8 Race, and September 8, Backwards Race.

New this year for Humberstone is the King of the 4’s taking place throughout the season. The King of the 4’s is a special series for the 4-cylinder divisions, allowing 4 cylinders from tracks throughout the region to come and compete for extra money. Humberstone will once again be involved with the Insta Panels Duel on the DIRT for the Thunder Stocks and 4 Cylinder Mini Stocks. Also, Humberstone is part of the Can-Am Challenge for the Thunder Stocks (Street Stocks) with the Ransomville Speedway.

The complete 2019 schedule is available online at www.humberstonespeedway.com