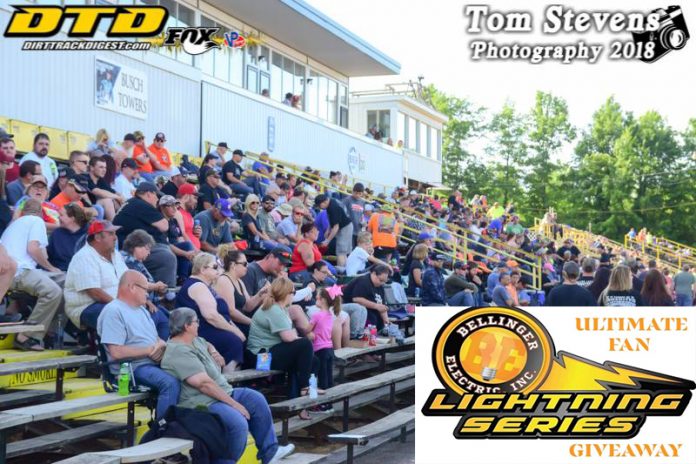 Fans can submit a three-minute video either individually or a small group (no more than four (4) people) saying why they like and or why they follow the Series. Videos are to be submitted via email at beilightningseries1@gmail.com. Each video must also include at least one of the Series sponsors. Submissions are due by May 12 and videos will be posted starting Monday, May 13.

When the videos get posted on the BEI Lightning Series Facebook page, fans can vote on their favorite video. Each share is one point and each like is a ½ point. Shares will only count if shared from the original post on the BEI page. Voting will be done via bracket-style.


The BEI Lightning Series will begin the 2019 season on Sunday, June 2 at New Humberstone Speedway in Port Colborne, Ontario. Race two will be on Friday, June 7 at Freedom Motorsports Park in Delevan, NY. Race three is on Thursday, July 4 at Genesee Speedway in Batavia, NY for the Tim Downs Memorial. Race four will be on Monday, August 5 at Merrittville Speedway in Thorold, Ontario as part of the Super DIRTcar Series Big Block Modified event. Race five will be the second edition of the Sean Letts Memorial at the Ransomville Speedway in Ransomville, NY on Friday, September 13 as part of King of the Hill Weekend. Officials are still working on a sixth race for the series and a non-points event.