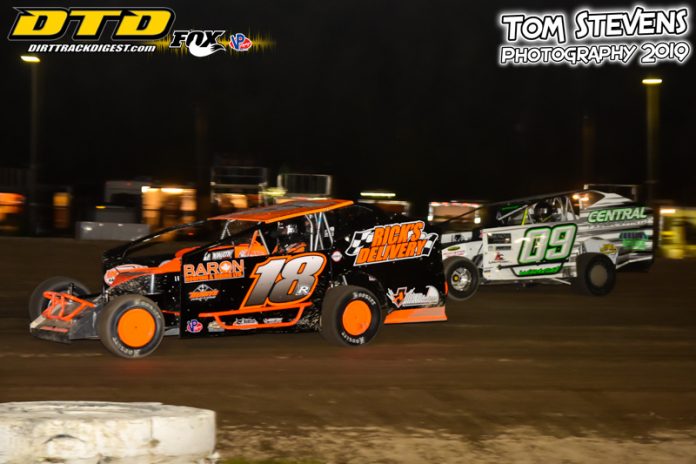 BUFFALO, NY – Those who run the Race of Champions Dirt 602 Sportsman Modified Series presented by Product 9 (Waterloo, NY) have several reasons to be excited about the fourth season of the Series. Each race is guaranteed to pay a minimum of $1,000 U.S. Dollars-to-win, with the bulk of the schedule paying more than $1,000-to-win with one race televised on MavTV Canada, on Tuesday, July 23 at one of the premiere dirt facilities in North America, Ohsweken Speedway.

The Series resumes on Tuesday, July 23 with a race at Ohsweken Speedway (www.ohswekenspeedway.ca) as part of Ohsweken’s Summer Nationals program, which will be telecast on MAVTV Canada.

The Series goes “back-to-back” at Ohsweken with another go on Friday, August 2nd

On Tuesday, August 6, the Series visits Ransomville Speedway (www.ransomvillespeedway.com) for the first time as part of a huge night of racing at the “Big R”.


The Series wraps with up with the annual Pete Cosco Memorial at Humberstone on Sunday, August 25.

The champion is once again guaranteed $1,000-to-win and will receive an additional award from Product 9 in addition to the Champion’s helmet with graphics from Pilat Design (Waterloo, NY). The Rookie-of-the-Year will receive a cash award of $100 and products from Speedway Illustrated and Product 9 along with the top-ten in the championship standings receiving a cash award.

Competitors follow the same rules as the DIRTcar Sportsman utilizing the Hoosier D300 or D400 Sportsman tires and for the 2018 season, VP Racing Fuels is the official fuel of the Race of Champions. Competitors may use VP110 or the common Sportsman D98 brand of fuel.

Product 9 is the creation of Matt Sheppard of Waterloo, N.Y., the six-time Super DIRTcar Series champion. Sheppard, who is also the 2016 Race of Champions Dirt Modified Champion and Most Popular Driver, has designed and retails a suspension limiter of his own design as well as other items specifically designed and manufactured for dirt modified racing.