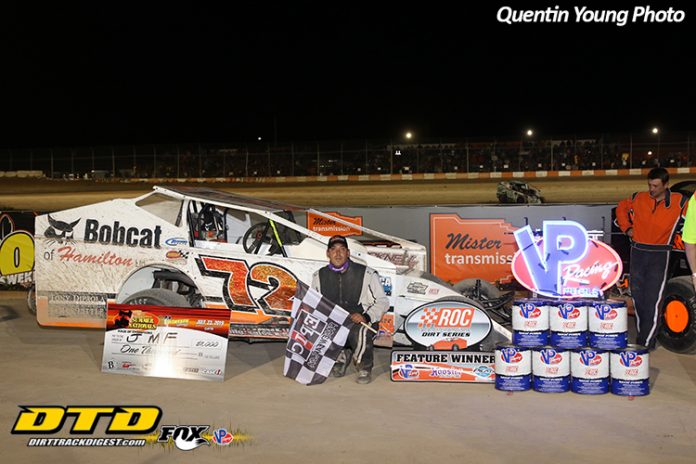 OHSWEKEN, ONT – James Michael Friesen of Saint Catharines, Ontario, claimed his second victory of the 2019 Race of Champions Dirt 602 Sportsman Modified Series presented by Product 9 season this past Tuesday night at Ohsweken Speedway as part of Night 2 of the Northern Summer Nationals.

It was the third time Friesen has visited victory lane in his career and he became the second consecutive driver to win from the 11th place starting position.

“We had a good car and just plugged away all night,” smiled Friesen in victory lane. “Things just went our way and the late caution really helped me out. Brad (Rouse) is one of the best in the business and any time you beat him, it’s a great feeling. I’m proud of efforts tonight and hopefully we can keep things rolling forward.”