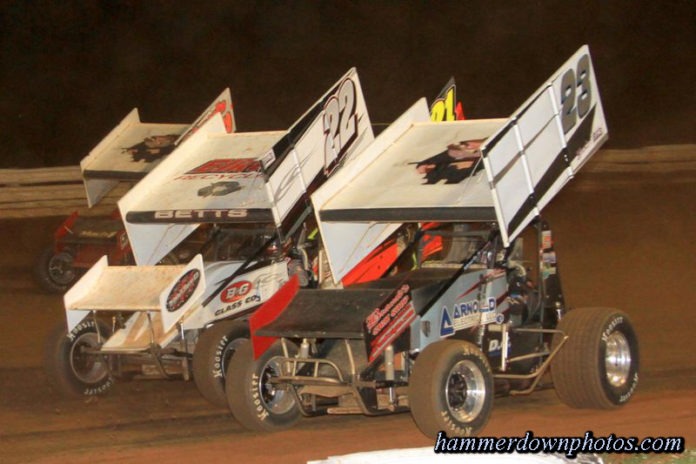 New URC president Rick Weller welcomed everyone in attendance before new Vice President Curt Michael went over the 2017 schedule which was recently released. New URC Board member and club treasurer Tom Whittall announced the addition 2 new product sponsors (BR Motorsports and King Racing Products) before making the official announcement that the United Racing Club has entered into an agreement with Capital Renegade Custom Coaches and Trailers as the title sponsor for 2017. Whittall turned over the microphone to Capital Renegade Custom Coaches and Trailers owner Wayne Quackenbush. Wayne expressed his excitement partnering with a long standing (70 Yrs) sprint car series and mentioned he believes this to be the beginning of a long standing partnership. Wayne also made the announcement that he purchased a new 360 for his son David to participate in multiple URC races in 2017.

Insinger Performance Inc. were also on hand for the meeting and were able to speak about the 2017 URC partnership they recently entered into. For 2017, URC members can purchase a drum of fuel for $145 and receive a $20 rebate to cash in at the end of the season.