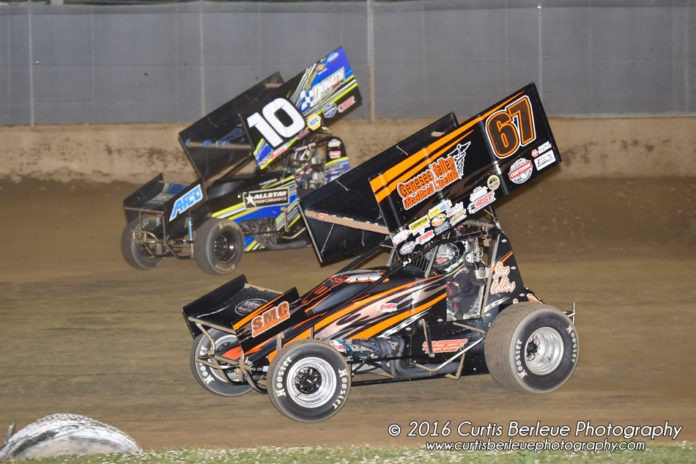 DELEVAN, NY – After already announcing the 2017 PST schedule a few weeks ago, Mike Emhof and his series staff will be adding another venue to the racing calendar.

For the first time since 2015, the A-Verdi Storage Containers Patriot Sprint Tour will be heading to Freedom Motorsports Park in Delevan, NY. This will also be the final full point show for the American Series points championship. The show will pay $2,000 to win.

Under the management of Bob Reis, the facility is going under wholesale changes in year 2017 with new clay being laid down this past November, as well as making the Modified’s the headline division for 2017.

The last time the tour was in town, Doctor Steve Collins scored his first ever Patriot Sprint Tour win of his career over Jared Zimbardi, Justin Barger, Kyle Drum and Sammy Reakes.

This will be the sixth time in series history the Patriots will be visiting the facility with other winners include; Jared Zimbardi (2014), Bubba Broderick (2009), Chris Muhleisen (2006), and Kyle Drum (2003).


The first event on the 2017 calendar will the Gater Motorsports Expo at the New York State Fairgrounds in Syracuse, New York on Saturday, Match 11 and Sunday, March 12.

Any driver interested in displaying their car in the PST Booth can contact Mike Emhof at 585-307-6495 or by email at mikeemhof@patriotsprinttour.com.

The first racing weekend will take place at the Outlaw Speedway in Dundee, NY on Friday April 21, as the series is a part of the Outlaw Spring Nationals which pays $3,000 to win, 300 to start. Then the following night, the tour heads to Merrittville Speedway in Thorold, ONT to begin its Canadian campaign for the season. That show will reward $2,000 (USD) to the winner.