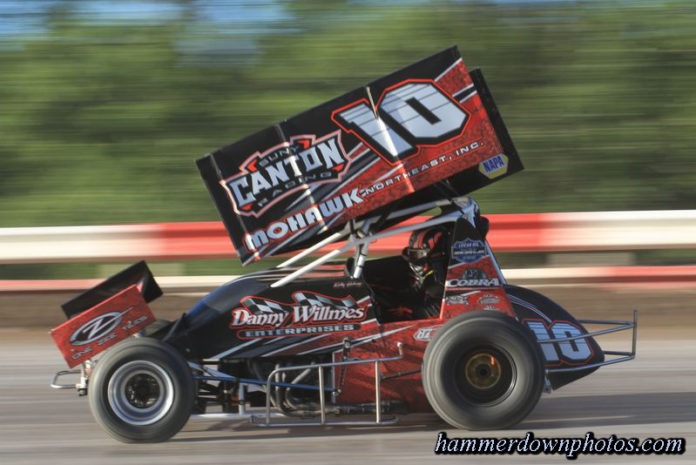 SYRACUSE, NY – Since 2009, the State University of New York at Canton has been an important backer of the Lucas Oil Empire Super Sprints (ESS). For the ninth consecutive season, the SUNY Canton Series will be held with special points awarded at specific ESS events with a champion of the series announced at the annual awards banquet.

Events on the 2017 calendar that are held at Utica-Rome, Fulton, Can-Am, Mohawk Int’l, Brewerton and Airborne Park Speedways will carry separate points along with points for the overall Lucas Oil ESS title. The driver that totals the most markers will be crowned SUNY Canton Series Champion.

In 2009, the inaugural SUNY Canton champion was Lance Yonge with Steve Poirier claiming the title last season. Poirier has claimed all other SUNY Canton titles with the exception of 2012 when Yonge and Chuck Hebing tied.

SUNY Canton makes education a hands-on engaging experience to prepare its scholars for careers. The College was originally chartered in 1906 as the first postsecondary, two-year college in New York. In 1987, the State University of New York’s Board of Trustees authorized the college’s present designation as State University of New York College of Technology at Canton, more commonly known as SUNY Canton.

The College’s faculty members are noted for their professional real-world experience in addition to their academic credentials. Students learn from engineers; crime scene investigators and former police officers; nurses and doctors; lawyers and entrepreneurs; programmers; in addition to novelists, photographers and videographers. The student to faculty ratio is 17 to 1.


ESS competitor Kelly Hebing is a SUNY Canton Alum and also has had the SUNY Canton logo on the side of her sprint car. Kelly will be running many ESS events in 2017. For more information please log on to http://www.canton.edu/

It’s the 35th season for the for one of the nation’s leading sprint car sanctions and the ninth season that the picturesque campus in Upstate NY has been a part of the sponsorship family. ESS and SUNY Canton continuing the tradition of excitement guaranteed!
For more Information on the Lucas Oil Empire Super Sprints:
Web: www.empiresupersprints.com
Twitter: @ESSprints
Facebook: https://www.facebook.com/EmpireSuperSprints
Android App: Empire Super Sprints