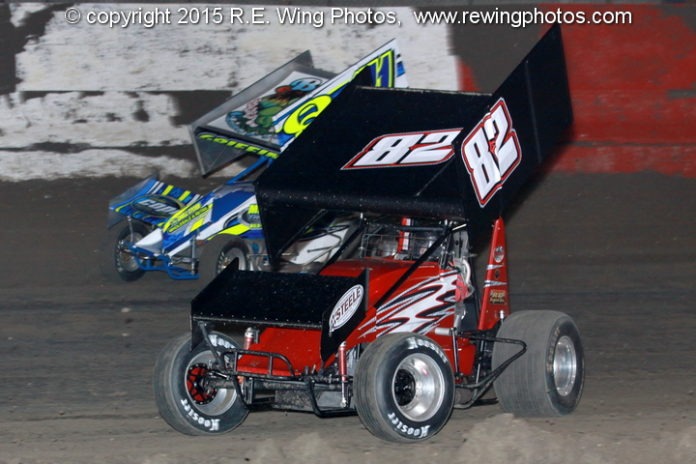 TULSA, OK – The first nights of competition of the 2017 season for the American Sprint Car Series are just days away as the 154 plus race schedule that makes up the ASCS Nation kicks off at East Bay Raceway Park, located just outside Tampa, Fla., with the King of the 360’s and Ronald Laney Memorial.

The race is sanctioned with the Lucas Oil ASCS Southern Outlaw Sprints, which will see their second season of competition under the ASCS banner in 2017.

Taking place February 23 through February 25, the annual $10,000 to win event is attracting a stout list of competition. Among the entered is Terry McCarl.

Making the haul from Altoona, Iowa, McCarl emerged victorious over a field of 44 in the 2016 edition. The second time Terry has captured the coveted crown, he is slated to again be behind the wheel of his own TheSnowPlow.com No. 24. Another past champion set to be in attendance is Mark Smith who overcame an onslaught of slide jobs from eventual National Tour Champion, Aaron Reutzel, to pick up the win in 2015.


With the entry list still growing, a field of 34 from 14 states and three countries have already entered to compete in the 16th annual King of the 360’s. Rumored to be racing is Chad Kemenah who grabbed the win in 2005. The opening weekend of competition for the Lucas Oil ASCS Southern Outlaw Sprints, Michael Miller enters the season as the defending champion.

The King of the 360’s and Ronald Laney Memorial will be preceded by Practice on Wednesday, February 22. Each of the three nights of competition will get underway 7:00 P.M. (ET). Live online PPV is available for fans who cannot attend at https://portal.stretchinternet.com/xsan.
For updates, or to purchase tickets to the King of the 360’s log onto http://www.eastbayracewaypark.com or call 1-877-457-5611.