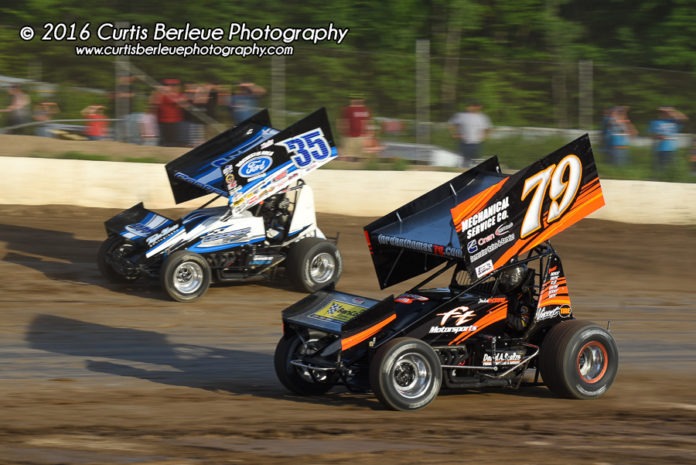 SODUS, NY – With sprint car teams piecing together their 2017 racing plans, many drivers have included events with the Patriot Sprint Tour.

Committing to the entire PST American Series Tour is 19-year-old driver Joe Trenca from Clay, NY. Trenca only ran with the Patriots on a part time basis in 2016 but was rather efficient, collecting top ten finishes at Canandaigua, Fulton, Raceway 7, Stateline, Mercer, and Rolling Wheels.

Mitch Brown of Brantford, ON is coming off another impressive season in the Canadian Series finishing second in points by taking home podium finishes at Merrittville and Cornwall, along with top ten finishes at Ohsweken and Brockville. Brown made the off-season headlines by announcing he will be racing with Burger Barn Racing for the 2017 season. They are planning on competing once again on the Canadian Tour with some American Series shows mixed in as well!


Dylan Westbrook of Scotland, ON made a name for himself in his first year racing full time in a 360 sprint in 2016. Westbrook was able to come home third in points with top ten runs at Cornwall and Brockville and a runner up finish at his home track, Ohsweken Speedway. Westbrook ran part time on the American Tour which included a podium finish at the Outlaw Fall Nationals.

Darryl Ruggles and Steve Glover have been racing under the ownership of Danny Willmes for several seasons and are both looking to improve in 2017 after finishing in the top five in points. Glover was able finish in the top ten at Ransomville, and Woodhull Raceway, and took home a career best second place finish at Outlaw Speedway.

Ruggles who finished fifth in points, had top ten runs at Ransomville, Fulton, Woodhull, Outlaw, and Ransomville along with a podium finish at the Woodhull Raceway last July.

You can catch all these talented drivers at our first event on Friday, April 21, at the Outlaw Speedway, part of the Outlaw Spring Nationals. For more information, please be sure to visit patriotsprinttour.com for more exciting announcements about the 2017 season! You can also ‘Like’ Patriot Sprint Tour on facebook, along with following @PatriotSprints on Instagram and Twitter.