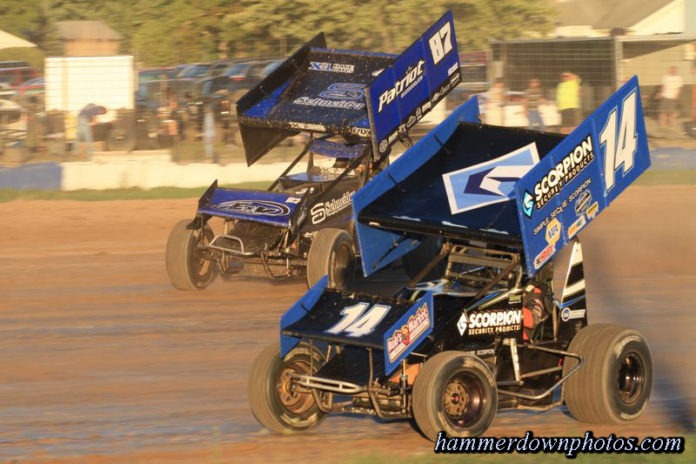 SYRACUSE, NY – In a major sponsorship announcement, NAPA Auto Parts has returned as the title sponsor for the US Tour with the Lucas Oil Empire Super Sprints. It marks the third year for NAPA’s involvement with the second largest point fund offered with the Lucas Oil Tour.

Each full point event held in the US not only carries points towards the overall Lucas Oil ESS title but also what is known as the NAPA Auto Parts US Tour. Last year Steve Poirier edged Jason Barney for the title. The top 15 in points in the US Series took home cash at the annual awards banquet.
In 1936, NAPA opened its first location, an existing Atlanta auto parts store purchased from an owner who thought the industry was past its peak. It wasn’t even close.
Nearly a century later, NAPA continues to serve auto service professionals, do-it-yourselfers and everyday drivers with quality parts and supplies to keep cars, trucks and equipment performing safely and efficiently.
Race fans can look for several NAPA promotions throughout the year via ESS’ social media pages where they can be redeemed at many NAPA Auto Parts Stores in Upstate NY.
The US Tour kicks off Friday April 21st at the Outlaw Speedway Spring Nationals. The ESS full point opener will pay $3,000 to win with $300 just to take the green. It marks the start of who will be the champion of the 35th season for the Northeast’s largest 360 sprint car sanctioning body.
NAPA Auto Parts and the Lucas Oil Empire Super Sprints, it’s a partnership that is excitement guaranteed!!