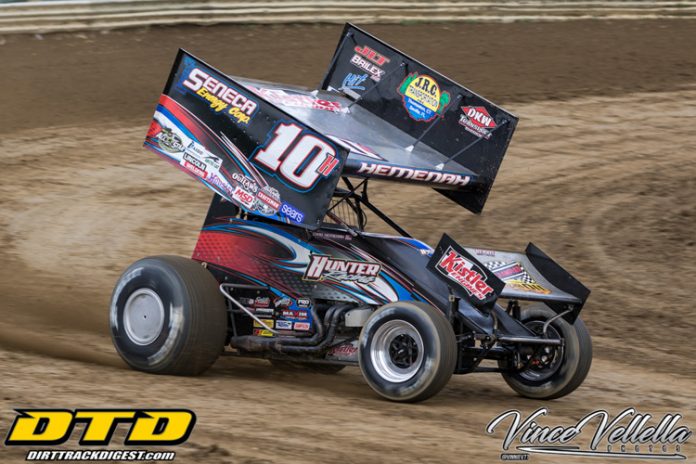 INDIANAPOLIS, IN – For the first time in 2017, the Arctic Cat All Star Circuit of Champions will invade Central Pennsylvania, ready to challenge the notorious “Pennsylvania Posse” on their home dirt for a shot at three consecutive four-figure paydays. Arctic Cat All Star competitors, comprised of a roster nearing 20 in total, will visit three different facilities during their upcoming tour of The Keystone State, beginning with competition at the world-famous Williams Grove Speedway in Mechanicsburg on Friday, April 28.

The annual Tommy Hinnershitz Memorial at Williams Grove Speedway will kick-off the upcoming weekend in “Posse Country,” the first of two Arctic Cat All Star appearances at the Mechanicsburg half-mile in 2017. “The Edge” Brian Montieth is the most recent winner during Arctic Cat All Star competition at Williams Grove Speedway, stealing the spotlight from Lance Dewease during the Jack Gunn Memorial on August 19, 2016. “America’s Series” has visited “The Grove” 30 times during Series history, first appearing on July 29, 1970.

With eight races in the books, Alvada, Ohio’s Chad Kemenah will preside over the Arctic Cat All Star charge into Central Pennsylvania as the current Series point leader, holding down the top spot with an 84 point lead. Kemenah, a seven-time top-ten finisher during the first eight contested events, has one victory on the season, scoring the April opener at Atomic Speedway in Chillicothe, Ohio.


Caleb Armstrong will enter Central Pennsylvania second in the championship standings, earning five top-ten finishes on the year, three of which inside the top-five. The New Castle, Indiana, native earned a top-five finish during his most recent Arctic Cat All Star start, finishing fourth at Wayne County Speedway on April 22. Caleb Helms trails Armstrong by 58 markers in the championship standings, followed by Ryan Smith and Tim Shaffer.

Williams Grove Speedway will ignite action at 7:30pm on Friday, April 28, while Port Royal Speedway and Bedford Fairgrounds Speedway each plan to ignite competition at 6:00pm and 6:30pm, respectively. Those seeking additional information should visit each facility live on the Web: www.williamsgrove.com, www.portroyalspeedway.com and www.bedfordspeedway.com.

As an added bonus to race fans who can not make the journey to Central Pennsylvania, Speed Shift TV will be conducting a live pay-per-view internet broadcast of the events at Port Royal Speedway and Bedford Fairgrounds Speedway. Those interested in learning more should visit Speed Shift TV online at www.speedshifttv.com.