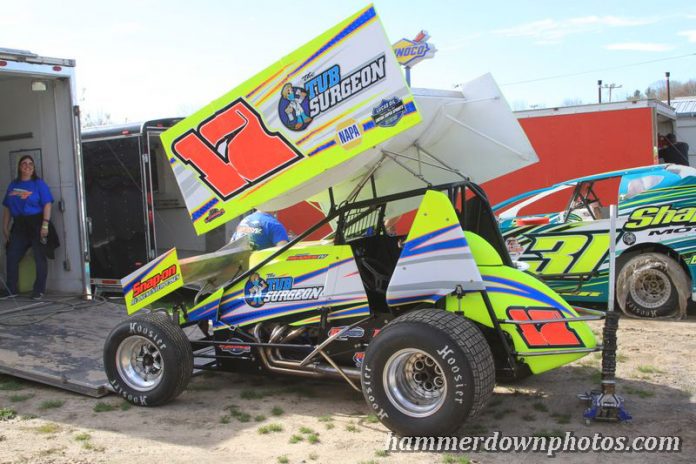 Reakes and his parts truck serves Fulton, Hannibal, Hastings, Central Square and surrounding areas in New York. He also was title sponsor of the recent ESS full point event at the Fulton Speedway where Reakes also competed. He brought home his familiar #17 in eighth place.

Snap-on is a leader in the industry and our tools are universally recognized by professionals as the absolute highest quality in the industry. Snap-on franchisees are in the enviable position of selling exclusive, premium products to their customers.

The winner of $500 towards any Snap-on Products was Tim Axton.


The Lucky Giveaway Program was developed on 2007 to reward race teams that faithfully follow the ESS tour for that particular year. Teams that complete at least 2/3rds of the tour will receive from the main Lucas Oil Point Fund as well as products from the Giveaway Program.

Companies interested in the Program can contact Dean Reynolds at DeanR@empiresupersprints.com
or can call the ESS office at (315) 391-6965.