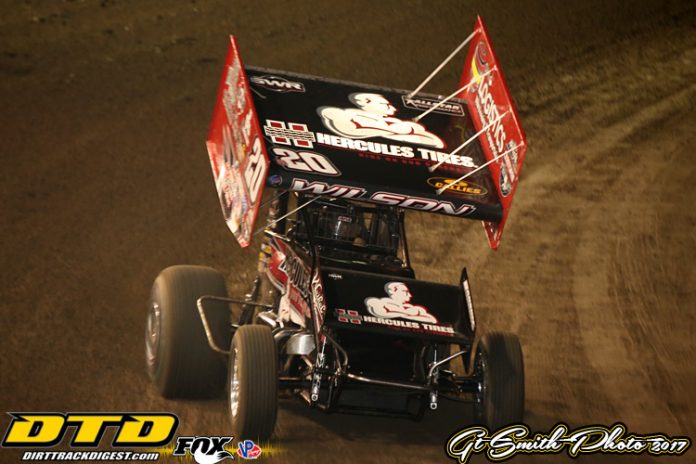 CONCORD, NC – The World of Outlaws Craftsman® Sprint Car Series is set to kick off an action-packed Memorial Day weekend. After making a stop at The Dirt Track at Charlotte Motor Speedway on Friday, May 26, the Series will make the near-eight-hour trek north to Lawrenceburg Speedway for the Memorial Day Spectacular presented by KOI Auto Parts on Monday, May 29.

During last year’s race at Lawrenceburg Speedway, Shane Stewart was hungry for a win after experiencing a heartbreaking finish at The Dirt Track at Charlotte, where he lost the lead to Greg Wilson on the final lap after dominating for most of the evening. Stewart was bound and determined to land his third win of the 2016 season at Lawrenceburg Speedway. The spark inside the Bixby,OK driver allowed him to work his way to the front of the field from a third position start and hold off charges from Rico Abreu and David Gravel.

So far this season, Stewart has three top-five finishes and 13 top-10s and is knocking on the door to bring home his first win. The Larson Marks Racing driver currently sits sixth in the Series Points Standings behind Jason Johnson who holds two wins, seven top-five and 12 top-10s.