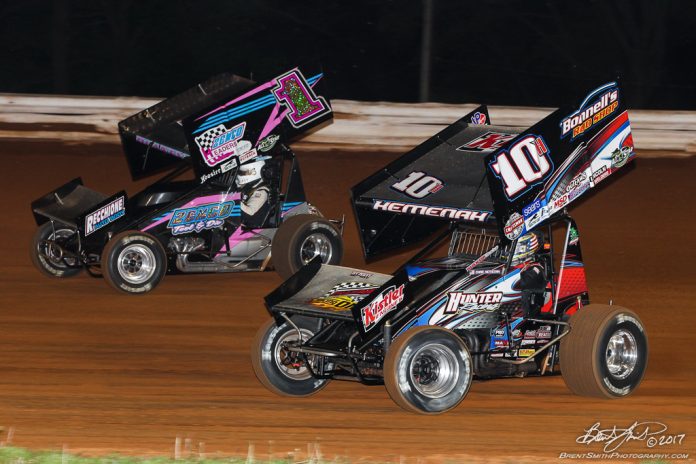 INDIANAPOLIS, IN – The month of May has been uneventful for Tony Stewart’s Arctic Cat All Star Circuit of Champions, with Mother Nature’s stubbornness held mostly responsible. A complete washout in Western Pennsylvania on May 5-6, followed by three straight days of weather interference in the Upper Midwest on May 19-21, has left the Arctic Cat All Stars with zero main event starts during the month of May. But that is all about to change as “America’s Series” prepares to revisit parts of The Buckeye State for a Memorial Day weekend double.

Mansfield Motor Speedway in Mansfield, Ohio, will host the Arctic Cat All Star Circuit of Champions during the inaugural Memorial Classic on Sunday evening, May 28. The state-of-the-art complex, originally a dirt facility until converted to an asphalt surface in 1999, recently made the transformation back to dirt and will host the Arctic Cat All Stars for the first time since July 6, 1988. Mansfield Motor Speedway hosted “America’s Series” on 11 separate occasions before making the switch to asphalt, three of which conquered by National Sprint Car Hall of Fame inductee, “The Mouse” Kenny Jacobs.

Alvada, Ohio’s Chad Kemenah, pilot of the Hunter Racing/Seneca Energy/DKW Transport/No. 10H, holds the top spot in the championship standings with a 118-point advantage. Kemenah, a one-time winner thus far in 2017, has finished inside the top-ten during eight of 11 contested events, five resulting in top-five performances. The defending Arctic Cat All Star champion will hunt for Series victory number six at Attica Raceway Park on Friday evening, all while attempting to crack into the win column for the first time ever at Mansfield Motor Speedway.

Caleb Armstrong, a second year, full-time competitor with the Tony Stewart-owned organization, will attempt to use the holiday weekend to his advantage; working to chip away Kemenah’s impressive command at the top of the standings. The New Castle, Indiana, native currently finds himself second in the championship hunt, earning three top-five finishes on the season, qualifying for all 11 contested main events.


Findlay, Ohio’s Caleb Helms will enter Memorial Day weekend third in the championship ranks with just 30 points separating himself and Armstrong. The “Kunkletown Kid” Ryan Smith and the “Steel City Outlaw” Tim Shaffer currently round out the top-five, also separated by 30 markers.

Attica Raceway Park will open pit gates at 3:30pm on Friday, May 26, with main gates to follow at 4. Racing is scheduled to begin at 7:45pm, sharp. Mansfield Motor Speedway will swing open pit doors at 2:00pm on Sunday, May 28. Spectator gates will open at 4:00pm, with qualifying to follow at 6:15pm. Those seeking additional news and notes should visit each facility live on the Web at www.atticaracewaypark.com and www.mansfieldmotorspeedway.com. 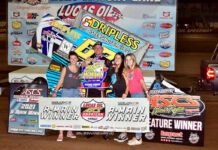