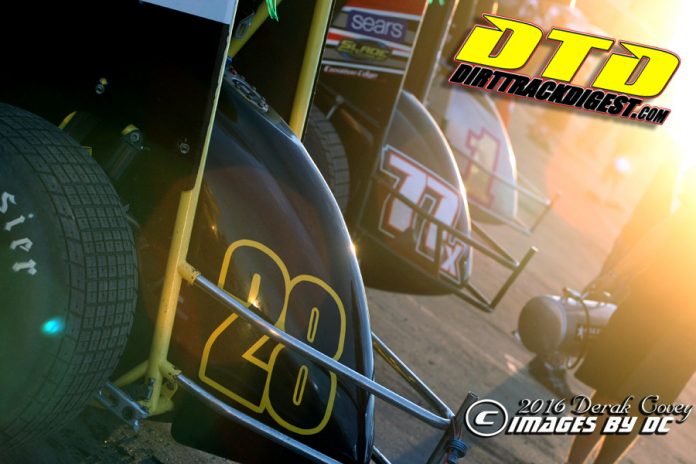 CONCORD, NC – When it comes to providing a fan friendly atmosphere, no track does it better than Knoxville Raceway. Knoxville is one track that every Sprint Car racing fan wants to visit; not just because of the storied track history or the action around the track grounds but for the activities that the track offers.

When the “Big Guns” from the World of Outlaws Craftsman® Sprint Car Series rolls into Knoxville, IA on June 9 and 10 for the Brownells Big Guns Bash, fans will either be cheering for Team World of Outlaws or Team Knoxville as both group of drivers will be looking to stake their claim as the best Sprint Car drivers around.

Last year during the two-race weekend, it was a draw when local driver, Terry McCarl took the victory on the opening night. The World of Outlaws wouldn’t be denied however, when nine-time Knoxville Nationals winner, Donny Schatz evened the score by snagging his ninth victory of the 2016 season the following night.

The Outlaws will head into the Knoxville weekend with a stacked field of players including David Gravel, Jason Johnson, Joey Saldana and the rest of the full-time drivers. Team Knoxville will try to beat the Outlaws to the punch with their regular drivers including Brian Brown, Kerry and Ian Madsen, Austin and Terry McCarl just to name a few.

Fans are encouraged to choose a side by wearing Red or Black for Team World of Outlaws or by wearing white for Team Knoxville.


On Friday, June 9, when the Brownells Big Guns Bash kicks-off, Knoxville Raceway will be offering a special promotion with $1.00 Busch Light cans!

On Saturday afternoon at 3pm, before the action gets underway on the track, bragging rights will be on the line during a human Foosball game when drivers from Team Knoxville square off with the drivers from Team World of Outlaws. The match will take place behind the front stretch grandstands.

Directly after the Foosball game and back by popular demand, fans that have tickets for Saturday’s race will get a once-a-year opportunity to experience Knoxville up-close and personal during the Pre-Race Fan Pit Walk from 4pm – 5pm. Fans will be able to check out their favorite Sprint Cars and the teams’ transporters as well as mingle with their favorite drivers before they hit the half-mile track later that evening.

The competition will stretch even further as a special fan challenge will take place during the event. Team World of Outlaws fans will take on Team Knoxville fans to see who is the strongest during the Craftsman Tool Box Challenge – by lifting Craftsman tool boxes full of Craftsman tools.

Tickets for both nights are available at or by calling the Knoxville Raceway ticket office at 641-842-5431 or by visiting WorldofOutlaws.com/Tickets.