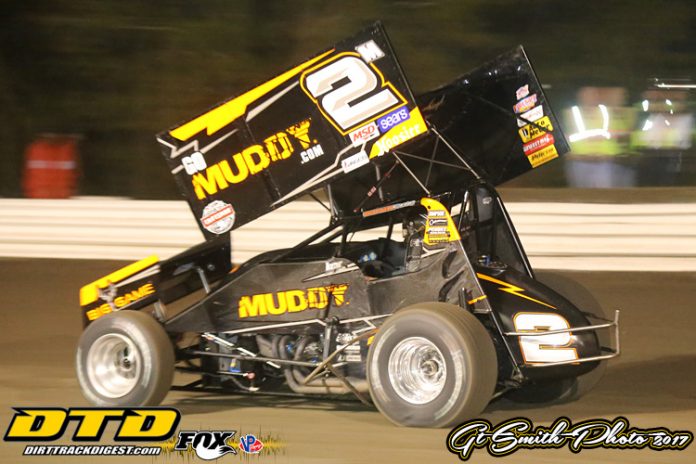 JACKSON, MN – Kerry Madsen has racked up a pretty impressive list of marque event wins in his career, both in his native land of Australia and here in the United States, which he now calls home. Down Under, Madsen has won the Grand Annual Sprintcar Classic, the Australian Open, the Scott Darley Challenge and the Kings Challenge among other big races.

Here in the states, the veteran driver has claimed the Kings Royal at the famed Eldora Speedway as well as the Ironman 55 at Federated Auto Parts Raceway at I-55 in Missouri and the Brad Doty Classic, when it was held at Limaland Motorsports Park in Ohio. Most recently, Madsen added a win in the AGCO Jackson Nationals at Jackson Motorplex to his resume, taking the checkered flag in the $25,000-to-win event last fall.

Madsen looks to add his name to a prestigious list of drivers who have won the AGCO Jackson Nationals multiple times, this week, as he hits the track for the three-night event, Thursday, June 1, Friday, June 2 and Saturday, June 3. The World of Outlaws Craftsman Sprint Car Series portion of the event will conclude on Saturday night with $25,000 awaiting the winner.

“It was pretty exciting to win the Jackson Nationals last year,” said Madsen. “There was a big purse and the event has a lot of history. With it being a World of Outlaws event this year, that adds even more prestige to it. The event keeps growing and getting bigger and bigger each year. Tod (Quring) is trying to turn it into a really big event with the three-day format.”

Madsen has already raced at the Jackson Motorplex twice this season. He was victorious at the half-mile on May 12 in the Spring Nationals. Madsen led all 25 laps of that race, picking up the win over Aaron Reutzel and Mark Dobmeier. Last weekend, Madsen finished sixth in the Danny Williams Memorial at the track.


“We’ve run well at Jackson this year, so we have some confidence when we race there,” he said. “It’s going to be tough this time, though, because it’s a World of Outlaws show. I wish I could say it would be an advantage that we’ve raced there already this year, but it’s really not. The Outlaws have so many races in already this year and they always adapt fast to tracks. Confidence-wise it will be nice. We’ll go into the event knowing what we want to do, but I wouldn’t say we have a home advantage or anything.”

The native of St. Marys, NSW, Australia, who now calls Knoxville, Iowa home, is in the midst of his first season driving the No. 2 Muddy Outdoors machine for the Big Game Motorsports team, which is based in nearby Windom, Minnesota. Veteran crew chief Guy Forbrook, who will be inducted into the National Sprint Car Hall of Fame this year, turns the wrenches on the car.

“This is a great team and we’ve been quick all year,” Madsen noted. “Our biggest challenge is that we’ve encountered rain just about everywhere we’ve gone in the Midwest. I’m just excited to get to race three straight nights, as well as the rest of the Outlaws swing through the area. As long as the weather cooperates, I’m confident we’ll be fast. We have a very strong team and our engines are running well and we are fast. I’m extremely confident that we will get some good results.”

While the 39th Annual AGCO Jackson Nationals is a three-night event, with each night being a completely separate show, valuable event points will be earned each night to help line up the field for the finale on Saturday night. The A-Feature on Saturday night will be 30 laps in distance, which is five laps longer than the traditional main events for the World of Outlaws Craftsman Sprint Car Series have had at Jackson in the past.

“You try to treat each night as a normal night,” Madsen said. “If you are fast and finish well, you’ll be fine when they tally the points. The longer feature on Saturday night is exciting. That will bring more strategy into it, especially when it comes to tire choice.”

Madsen, who has spent a number of years on the road full-time with the World of Outlaws Craftsman Sprint Car Series in his career, has 19 career wins with the series. Of those wins, 10 have come on half-mile tracks, including five at the famed Eldora Speedway in Ohio. Madsen looks to use his successful track record on “big tracks” to his advantage in the 39th Annual AGCO Jackson Nationals at the Jackson Motorplex.

“I love the speed on the big tracks and we have a great engine package,” said Madsen. “The bigger tracks are something that I have just always enjoyed. We put a lot of work in for the big tracks and hopefully it continues to pay off.”

Tickets for the 39th Annual AGCO Jackson Nationals, featuring the World of Outlaws Craftsman Sprint Car Series, along with the Upper Midwest Sprint Car Series (UMSS), Midwest Sprint Touring Series (MSTS), Nebraska 360 Sprint Series and the RaceSaver IMCA Sprint Cars at the Jackson Motorplex in Jackson, Minnesota, Thursday, June 1, Friday, June 2 and Saturday, June 3, can be purchased online at slspromotions.ticketforce.com or by calling SLS Promotions at 815-344-2023, as well as at the track each of the three days of the event. Three-day ticket packages are available as well as individual, single night tickets. 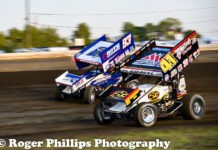 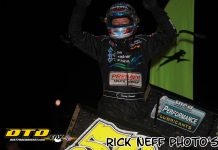 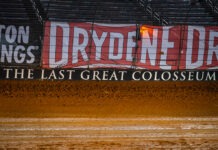