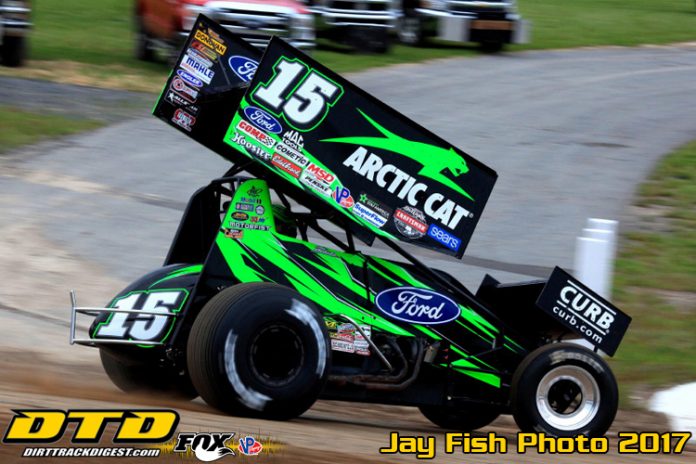 Brian Lay, driver of the No. 45 Sprint Car violated section 2.5 of the World Racing Group Substance Abuse Policy per the 2017 World of Outlaws Craftsman Sprint Series Rule Book after neglecting to take a random drug test administered at Eldora Speedway.

Any tests conducted under the Policy will be considered “positive” under the following circumstances:

Any member that attempts to drive roughly and/or bumps another competitor unnecessarily will be subject to disqualification and/or fine and/or suspension and/or any other action deemed appropriate by World of Outlaws Officials and/or World Racing Group Supervisory Officials.

The team owners are solely responsible for the conduct of their drivers and/or team members and/or anyone connected to or affiliated with that owner’s team.

Conleyhas been fined $1,500, suspended from all World of Outlaws Craftsman Late Model Series and DIRTcar UMP Late Model events for 30 consecutive days (May 27, 2017 through June 25, 2017). Additionally, be placed on probation until December 31, 2017.

Conley has filed an appeal. The appellant officer has set the the hearing date for the week of June 16 and has issued a deferral to compete in any World of Outlaws or DIRTcar Racing events until the hearing is heard.