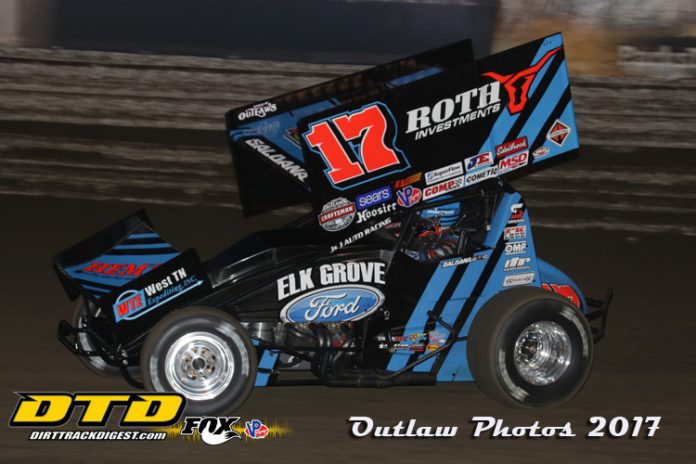 The track
Beaver Dam Raceway is a high-banked, third-mile. The track record of 11.275 seconds was established by Daryn Pittman in 2001.

Past winners
Last year, Bill Balog took the lead from Daryn Pittman, the 2013 series champion, on the third lap and held him off in the late going to capture the 40-lap race. The win was a popular one for Balog, a multi-time IRA champion, who was born and raised in Alaska and now calls Wisconsin home.

Joey Saldana won the first two editions of the Jim “JB” Boyd Memorial in 2010 and 2011. Saldana is the only driver to win the event twice. The native of Brownsburg, Ind., has a total of three wins in his career at Beaver Dam, which has him tied with Pittman for the most wins with the series at the track.

Donny Schatz, the eight-time and defending World of Outlaws Craftsman Sprint Car Series champion, won the Jim “JB” Boyd Memorial in 2015 and also was victorious at the high-banked, third-mile in 2002.

Kraig Kinser, who is back on the road with the Outlaws this season, took the checkered flag first in the 2012 edition of the Jim “JB” Boyd Memorial.

The winners list at Beaver Dam over the years in World of Outlaws Craftsman Sprint Car Series competition also includes 20-time series champion Steve Kinser, who has two wins, along with 1995 series titlist Dave Blaney, who also a pair of wins. Danny Lasoski, Mark Kinser and fellow Hall of Famer Jac Haudenschild, who has two triumphs, have all won at the track. Veteran drivers Craig Dollansky, Tim Shaffer and Jason Solwold have also visited victory lane at Beaver Dam with the Outlaws.

Veteran drivers
Paul McMahan, Jason Sides and Shane Stewart have made quite a few starts in their careers at Beaver Dam Raceway. Each of the three has recorded runner-up finishes as they chase their first win at the track.

Return visit
Jason Johnson and Clyde Knipp will each be making their second trip to Beaver Dam Raceway. Johnson, the winner of the 2016 Knoxville Nationals, visited a number of tracks for the first time last year, after missing a part of the 2015 with injury. Knipp hit the road full-time in the summer of 2016, after graduating from high school. Greg Wilson made his second-career start at the track last year, after making his debut at Beaver Dam a decade earlier.

The next generation
A group of young drivers is leading the next wave of World of Outlaws Craftsman Sprint Car Series competitors. Led by David Gravel, who already has nine wins this season. The Connecticut native, who won last year in the state of Wisconsin at Wilmot Raceway, will be making his sixth start at Beaver Dam. Logan Schuchart and Jacob Allen, teammates for Shark Racing, each have made three appearances at Beaver Dam and have a total of three top-10 finishes. Schuchart has three wins thus far in 2017, after winning his first two Outlaws races last year.

First Timers
Sheldon Haudenschild and Brent Marks, the leading contenders for the Kevin Gobrecht Rookie of the Year Award, will each be making their first visit to Beaver Dam Raceway. Haudenschild has raced in the past in the state of Wisconsin with the Arctic Cat All Star Circuit of Champions.

Invaders
A strong contingent of drivers that follow the Bumper to Bumper Interstate Racing Association (IRA) full-time, are tentatively expected to be in attendance, including reigning series champion Jeremy Schultz, who hails from Beaver Dam as well as Scotty Thiel and Kyle Marten. Beaver Dam native Scotty Neitzel is also among those expected to be in attendance to take on the World of Outlaws Craftsman Sprint Car Series.