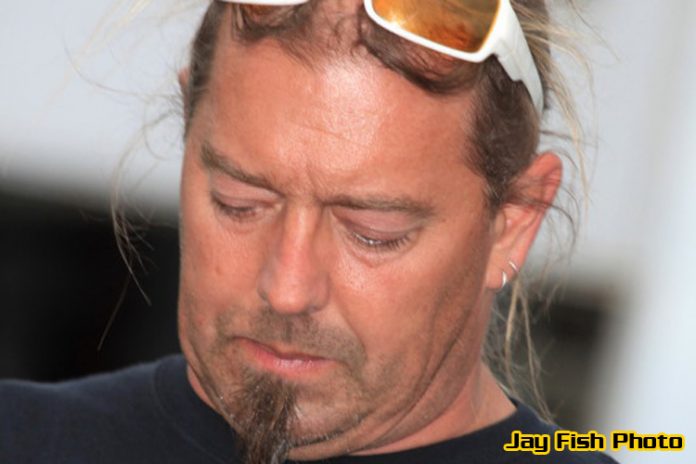 HURON, SD – Jason Sides is one of just two drivers competing with the World of Outlaws Craftsman Sprint Car Series who has raced at Dakota State Fair Speedway in Huron, S.D., more than once. Along with competing in the series inaugural race at the track in 2015, Sides also raced there in 2002 with the former Gumout Series. The veteran driver looks to use those extra laps to his advantage this weekend as the series returns to the three-eights-mile.

“Huron is a big track and it’s nice and racy,” said Sides. “We’ve run well there the couple of times we were up there. It’s a long way up there, when you are driving the rig. It’s a pretty cool view with the big silos behind the track. We don’t get out that way much anymore, so we are looking forward to racing there, especially leading into the Fourth of July.”

Following a stretch in May and early June that saw the Outlaws compete on a handful of bigger tracks, the series has been racing on smaller venues the last couple of weeks. Sides, who cut his teeth racing at Memphis Motorsports Park in his home state of Tennessee, which was a half-mile, prefers racing on the “big tracks,” those classified as half-miles or bigger.

“We don’t have that many big tracks left, so it’s good to get to go a few of them like Huron,” he noted. “We seem to do better on those types of tracks for some reason. I don’t know if that’s a good thing or bad things, but we seem to like the bigger tracks a little better. You carry a lot of momentum at those types of places and horsepower comes into play quite a bit as well.”

Sides has shown quite a bit of speed this season, including turning the fastest lap in time trials on two occasions. Sides has raced his way into the Craftsman Club Dash 22 times to earn top-10 starting spots in A-Feature events. He has four dash wins, which has put him on the pole position for main events. Sides finished a season-best second at Plymouth Speedway in Indiana, back in April and was third at Gator Motorplex in Texas a couple of weeks prior to that.

“It seems like the more races an engine has on it, it gets broken in and runs better,” shared Sides of the extra speed he seems to have found this season. “We have the same cars and same motors we’ve had, so I’m not really sure what has made us faster, but we’ll definitely take it and keep looking for even more speed.”

Sides, who has long been of the most hands-on drivers in the pit area, including driving the truck and trailer himself and doing the majority of the work on the car himself, does have a crew member with him for the busy summer stretch. In the past, Sides has been a “One-Man Band,” running up and down the road, while also driving the race car night in and night out. When Sides and his fellow competitors reach Dakota State Fair Speedway on Saturday, July 1, they will have raced 12 times in June and have 14 races awaiting in the month of July.

“It is a hectic time of the season,” said Sides. “Some of the long, overnight hauls can be tough, but we always seem to get it done. You don’t want to have to get a real job, so you just keep plugging away and finding ways to make everything work. Racing is what we know and it’s what we want to keep on doing.”

Sides, whose most recent win came in April of 2016 at I-30 Speedway in Arkansas is currently ninth in the series standings. He has 16 top-10 finishes thus far in 2017, with six of those being top-five performances. The native of Bartlett, Tennessee has 15 career World of Outlaws Craftsman Sprint Car Series A-Feature wins.

“We need to get back to Dodge City (Raceway Park in Kansas, where he has a pair of wins),” quipped Sides, when asked what it will take to return to victory lane. “We’ve been fast, so if we can continue to get in the dash and put ourselves in a good position we should have a shot at a couple of wins. It’s definitely tough to win with the World of Outlaws, so you have to take full advantage when you have a chance at winning and make the most of it.”

Tickets for the All American Outlaw Shootout presented by American Bank & Trust/American Trust Insurance, featuring the World of Outlaws Craftsman Sprint Car Series at Dakota State Fair Speedway in South Dakota, on Saturday, July 1 can purchased online at slspromotions.ticketforce.com or by calling: 815-344-2023. 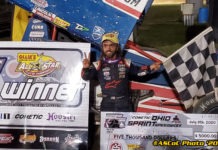 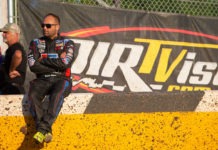 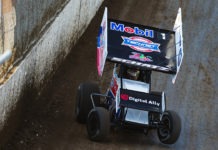