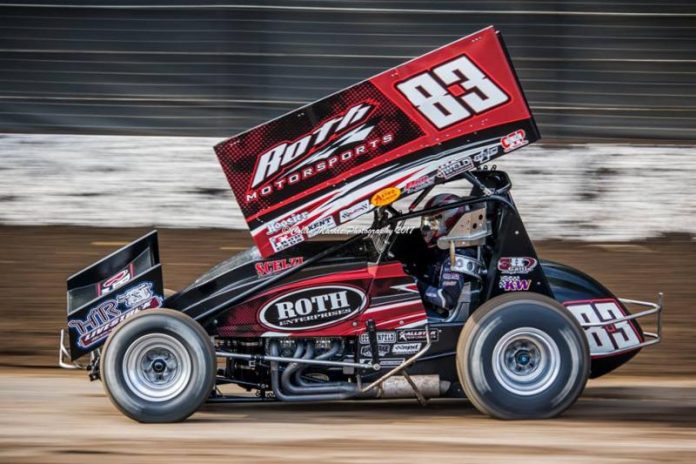 This marks the 11th stop on the ultra-competitive 17-race KWS-NARC series and the first at Hanford this season. This year’s campaign has already produced eight different feature event winners compared to only six last year.

Among those competing on Saturday is Hanford’s very own DJ Netto. The 21-year old driver captured one of the biggest victories of his racing career on June 24th at Calistoga Speedway. He has also won a weekly show at Keller Auto Speedway this season. He would like nothing better than to cash out with a $3000 winners payday on Saturday.

“Hanford is normally wide and slick up to a curb, which makes for great racing,” said Netto. “It’s definitely one of my favorite tracks on the schedule and I’m looking to make up some ground in the (championship) points standings.”

Netto is currently fourth in points, chasing leader Bud Kaeding of Campbell, one of three different drivers to lead the season-long battle this season. At stake are shares in a year end $62,000 point fund, including $10,000 for the championship team.

Kaeding is currently locked in a torrid battle with a pair of Central California open wheel stars — 15-year old Gio Scelzi of Fresno and Selma’s Cory Eliason. Kaeding’s lead is just five points over Scelzi and seven markers ahead of Eliason. Netto is in the running, stalking 22-points behind; an amount which can be made up in a single racing program.

“It’s been a heated contest all season and no one driver has been able to dominate like in previous seasons,” continued Netto, who drives a car owned by Clyde Lamar of West Sacramento. “If my team can put together a few more wins and consistently finish in the top five the rest of the year, I can find myself in the thick of things.”