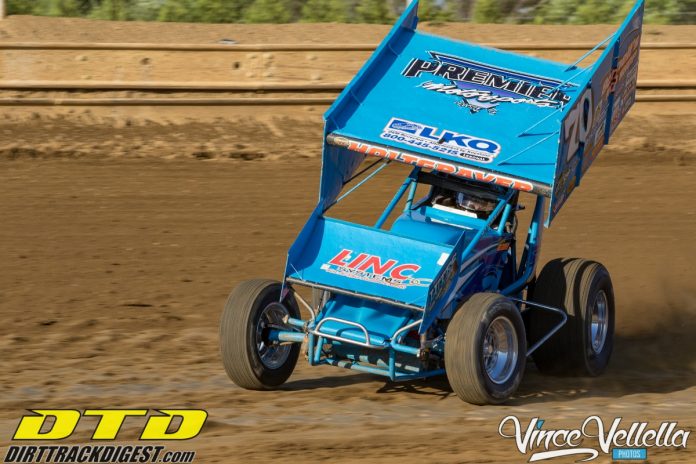 INDIANAPOLIS, IN – For the 100th time in Series history, the Arctic Cat All Star Circuit of Champions will visit Sharon Speedway in Hartford, Ohio; the second of two Arctic Cat All Star appearances in 2017, this time honoring the late National Sprint Car Hall of Fame inductee, as well as the all-time leading Sharon Speedway Big Block Modified feature winner, Lou Blaney.

Chad Kemenah, pilot of the Hunter Racing/DKW Transport/Seneca Energy/JRC Transportation/No. 10H, will lead the Arctic Cat All Star charge into Hartford, Ohio, on Saturday afternoon. The five-time and defending Arctic Cat All Star champion sits on top of the current championship standings with a 260-point advantage, also accumulating a Series leading three victories thus far in 2017. Kemenah’s most recent victory occurred during competition at the 34 Raceway in Burlington, Iowa, ultimately holding off Bill Balog and the “Madman” Kerry Madsen at the end of 30 circuits.


In addition to being fifth in the overall title chase, Elida, Ohio’s Max Stambaugh is currently on top of the Arctic Cat All Star Rookie of the Year championship, earning four top-ten finishes in 20 main event starts.

Sharon Speedway will open gates at 3:00pm on Saturday, July 8. Racing is set to hit the 3/8-mile oval at 7:00pm, sharp. Those seeking additional information should visit Sharon Speedway live on the Web at www.sharonspeedway.com. If needed, Sunday, July 9, will be utilized as a rain date.