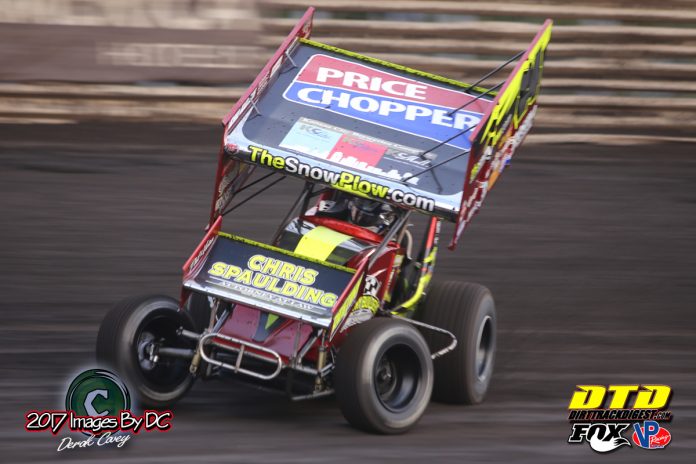 The track
Nodak Speedway is a semi-banked three-eighths-mile located at the North Dakota State Fairgrounds. The track record of 12.991 seconds was established by Paul McMahan on Aug. 17, 2014

Past winners
Donny Schatz leads all drives with five wins at Nodak Speedway. He scored his first World of Outlaws Craftsman Sprint Car Series victory at the track in 2012, after several near-misses and since that race, he has been undefeated at the track. Schatz has finished seventh or better in 10 of his 11 starts with the series at Nodak Speedway.

Daryn Pittman won in 2007 at Nodak Speedway, in what was just the second-ever race for the series at the track. Joey Saldana was victorious in Nodak Speedway in 2010 to mark the second track in North Dakota that he had visited the winner’s circle at.

Terry McCarl won the inaugural Outlaws race at Nodak Speedway in 2006, while two-time series champion Jason Meyers, 2001 series titlist Danny Lasoski and Craig Dollansky have all picked up victories at the track as well.

Also on the road again this year are veteran drivers Paul McMahan and Greg Wilson, as well as young drivers Jacob Allen and Clyde Knipp. Brent Marks is also contending for the Kevin Gobrecht Rookie of the Year Award this season, while Jac Haudenschild is behind the wheel of the No. 17 for the Stenhouse Jr Wood Racing team.

Return visit
Greg Wilson, the reigning Kevin Gobrecht Rookie of the Year Award winner, will be making the third trip of his career to Nodak Speedway. The Ohio native made his debut at the track in 2013 and returned last year.

The next generation
Logan Schuchart, Jacob Allen and Clyde Knipp are three of the youngest drivers on the World of Outlaws Craftsman Sprint Car Series circuit. Schuchart and Allen each have made three starts at Nodak Speedway, with both picking up top-10 finishes last year. Knipp, a teenager from Missouri, saw Nodak Speedway for the first time last year.

First timers
Brent Marks and Sheldon Haudenschild are both contending for the Kevin Gobrecht Rookie of the Year Award this season. The pair each raced for the first time in North Dakota back in June at River Cities Speedway. Marks earned a top-10 finish in that race. The rookies will be seeing Nodak Speedway for the first time.

NAPA Auto Parts Ticket Discount
Fans can save $5 on General Admission tickets when purchased at participating NAPA Auto Parts stores. Tickets buyers will exchange their NAPA receipt for a race ticket at the Main Grandstand ticket booth on race day.

Tickets
Tickets for the Gerdau Recycling Magic City Showdown Presented by Schatz Crossroads Truck Stop and Fastlane Car Wash, featuring the World of Outlaws Craftsman Sprint Car Series at Nodak Speedway on Sunday, August 20 can be purchased online at https://slspromotions.ticketforce.com or by phone at 815-344-2023 and at the track on race day.