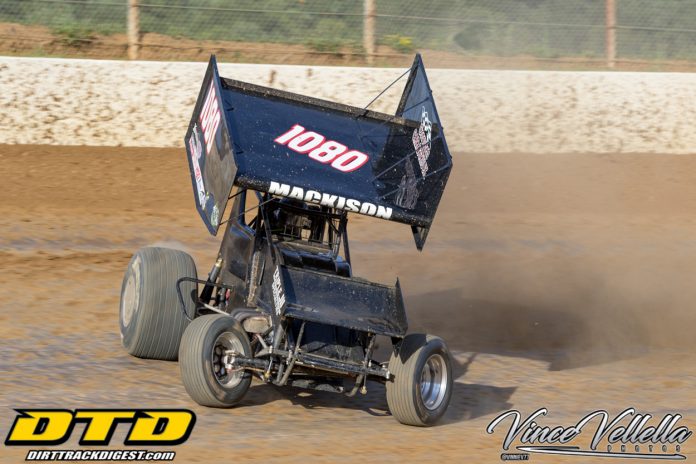 BROWNSBURG, IN – Recently unveiling a schedule that now includes 55 events at 36 different facilities, the Arctic Cat All Star Circuit of Champions will now add even more hype to their 2018 campaign by announcing a multi-year broadcast agreement with MAVTV Motorsports Network that will stretch through the 2019 season.

A broadcast schedule that will include 16 original air and re-air times between September 2 and October 21, MAVTV will showcase Arctic Cat All Star Circuit of Champions competition during eight different programs at eight different facilities in 2018, each being aired at least twice. Events to be broadcast on MAVTV include all three IRA co-sanctioned programs at Plymouth (WI) Dirt Track, Angell Park Speedway, and the Dirt Oval @ Route 66 on May 19, May 20, and June 30, respectively. MAVTV will also capture action during the first two dates of Ohio Sprint Speedweek presented by Cometic Gasket; Attica Raceway Park on June 15 and Eldora Speedway on June 16.

Arctic Cat All Star Circuit of Champions visits to Jackson Motorplex and Knoxville Raceway on July 27-28 will also be aired on MAVTV, with the 51st running of the Tuscarora 50 at Port Royal Speedway, awarding $51,000 in 2018, capping off the television schedule. The historic Tuscarora 50 will take shape on September 8 and will air for the first time at 8:00 PM on October 21.

The 2019 broadcast schedule, comprised of ten Arctic Cat All Star events, will be determined at a later date.

“We are excited to bring the Arctic Cat All Star Circuit of Champions to MAVTV,” Tony Stewart, owner of the Arctic Cat All Star Series of Champions, said. “Gaining a television audience and raising the potential for new viewers is an important piece of the overall puzzle. Our goal is to gain valuable exposure to our race teams, as well as Series partners and supporters. I want to thank MAVTV and all of the participating tracks for helping us mold a television schedule. It takes a lot of work and dedication to bring something like this to life.”

“The Arctic Cat All Star Series is a great addition to our programming line-up, with its action-packed, highly competitive racing at some of the country’s top short-tracks,” said Jason Patison, Program Director of MAVTV.  “We’re very proud to be working with Tony Stewart and his team, to offer this high-quality content on MAVTV.”

About MAVTV:MAVTV Motorsports Network is a television network with its roots deep in the automotive world.  MAVTV offers an unparalleled line-up of exclusive motorsports that includes prestigious events such as the Chili Bowl, the AMA Pro Motocross series, and the Automobile Racing Club of America (ARCA).  But MAVTV also covers a multitude of grassroot racing from the US and across the globe including drag boats, sprint boats, drag racing, pro pulling, rally racing, drifting, dirt racing, ice racing and everything in between plus a package of automotive reality and custom build shows. If it has a motor, it’s on MAVTV.  For more information, visit www.mavtv.com .