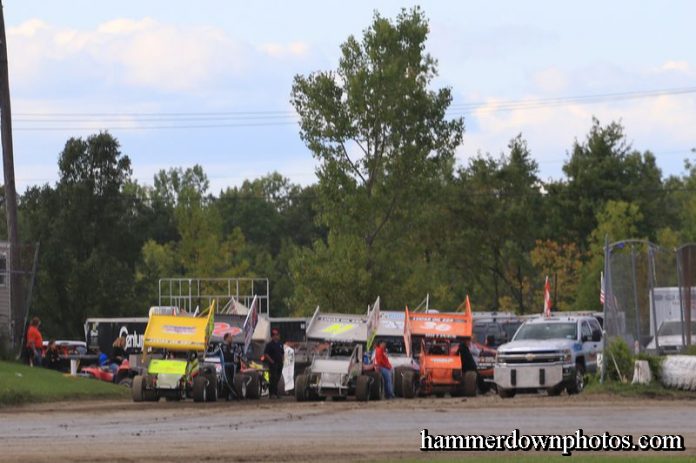 SYRACUSE, NY – As the 2018 and the 35th Anniversary Tour gets ready to kick off in April, Lucas Oil from Corona, California is back to celebrate its 10th Anniversary as the tour sponsor for the Empire Super Sprints (ESS). Lucas Oil ESS is ready to tackle over 30 events and 18 different race tracks from the Northeastern United States and Canada.

“We are so fortunate to have such as dedicated sponsor as Lucas Oil with us and now for over 10 years,” said ESS President Chuck Miller, “Last year we handed out over $55,000 in cash for our point fund and it wouldn’t have been possible without Lucas Oil’s tremendous help. We hope it will be a relationship that will continue for many more years as well.”

Forrest and Charlotte started Lucas Oil Products with the simple philosophy of producing only the best line of lubricants and additives available anywhere. Since its inception, Lucas has steadfastly adhered to this corporate objective. Through innovative product research and development, along with aggressive marketing programs, Lucas has established itself as a top selling additive line in the American truck stop industry.

Lucas is also one of the fastest growing additive lines in the consumer automotive industry. A premium line of oils, greases and problem solving additives has helped to firmly establish Lucas as a prominent figure in this marketplace.

Last season Jason Barney won his first ever Lucas Oil ESS Championship and is getting his familiar #87 ready for his title defense. A who’s who list of challengers are also preparing for the upcoming season such as Matt Tanner, Paul Kinney, Paulie Colagiovanni, Matt Billings, Jeff Cook, Coleman Gulick, Shawn Donath, Jonathan Preston, Chad Miller, Brett Wright, Dave Axton, Alex Vigneault and a few surprises that will be announced on the very near future are looking at following the tour.


Throw in Danny Varin, Steve Poirier, Chuck Hebing and others fans can expect some of the very best 360 sprint car action in the 35 year history of ESS.

Opening night and the start of the run for the championship will begin at the Outlaw Speedway on Friday night April 20th followed by a trip to the Fulton Speedway seven days later before the tour kicks into full gear.

Lucas Oil and the Empire Super Sprints, a paring for over 10 years ready to bring in 2018 where it will be tradition of excitement guaranteed!