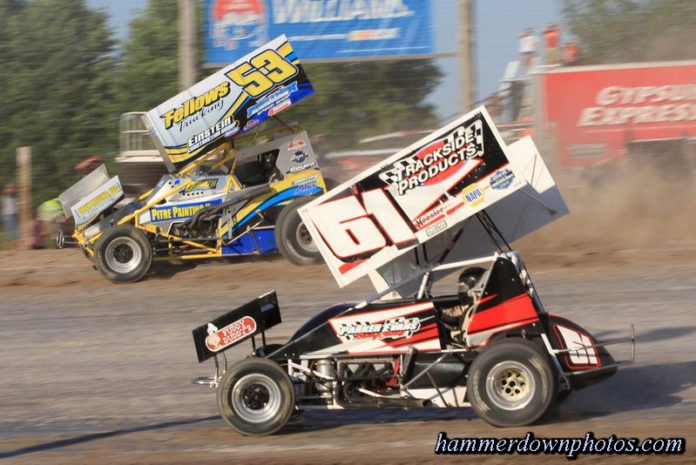 SYRACUSE, NY – As the 35th Anniversary Tour for the Lucas Oil Empire Super Sprints (ESS) is getting closer to the first green flag of 2018 we like to welcome back Engler Machine and Tool as the sponsor of the nightly halfway award for the fifth consecutive year!

The leader of each full point A-Main on lap 13 will take home extra cash thanks to the Princeton, Indiana based company. Engler products which include top of the line fuel injection stacks are found on many of the ESS tour regulars.

Engler Machine was started in 1980 by Tim Engler, his main line of business at that time was plastic injection molds. Over the years he has diversified very widely leaning more towards “high performance products.” He now builds fuel injection systems, custom made pulling chassis, gears, shafts, specialty CNC products, and some custom machining.

Engler is a part of a long list of nightly sponsors that add to the already lucrative payoff at each point event which is the back bone of the annual Lucas Oil backed series. So far 28 full point events are on the docket for the upcoming season.


Jason Barney will be back to defend his 2017 championship, But the list of challengers will be stiff with the names like Tanner, Kinney, Colagiovanni, Billings, Cook, Gulick, Donath, Miller, Wright, Axton, Preston, Vigneault and some names to be announced shortly looking for their first ever ESS title!

Opening night and the start of the run for the championship will begin at the Outlaw Speedway on Friday night April 20th followed by a trip to the Fulton Speedway seven days later before the tour kicks into full gear.

Engler Machine and Tool and the Empire Super Sprints, a paring for five years now ready to bring in 2018 where it will be tradition of excitement guaranteed!