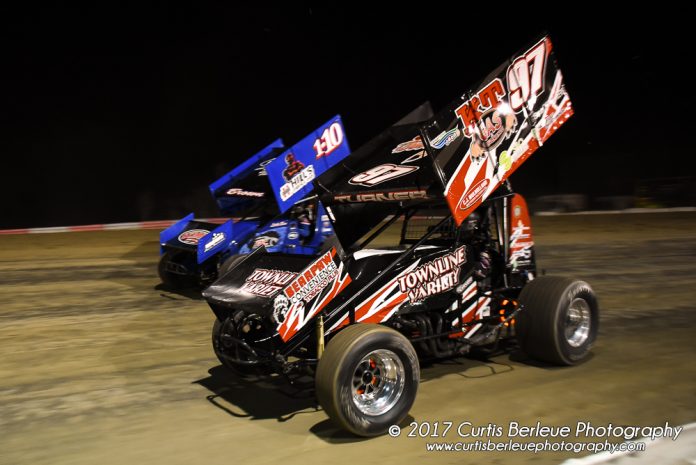 In just a few days is the much-anticipated start to 2018 for the Patriot Sprint Tour. As part of the 3rd Annual Spring Nationals, the PST will finally spring into action on Friday April 20th at Outlaw Speedway in Dundee, NY. The stars of 360 sprint car racing in New York will be gunning for their share of the purse paying $3,000 to the winner and $300 to start.

Expected to represent the Patriot Sprint Tour are the likes of Kyle Drum, Jordan Thomas, Josh Azzi, Joe Trenca and many more. All drivers who have purchased a full PST membership will receive show up points towards the overall 2018 championship chase.

The following night, Saturday April 21, the travelling 360 sprint organization will be headed north of the border for the annual ‘Spring Sizzler’ at Merrittville Speedway. The traditional Canadian season opener will pay $2,000 USD to the winner; meaning if one driver were to sweep the weekend they would start the season off with a cool $5,000 in winnings.


Racin’ Jason Barney has picked up the win in each of the last three PST visits to Merrittville Speedway and hopes to do the same once again. In order to do so, he will have to battle with a strong Canadian contingent of drivers like brothers Mitch and Jake Brown, Cory and Ryan Turner and more.

Following the April 21st event at Merrittville, the Patriot Sprint Tour Canadian mini-series will return north of the border in July for a blockbuster weekend of three nights paying $3,333 to win and $333 to start (USD) each. These three events at Ohsweken Speedway (Friday July 20), Brockville Ontario Speedway (Saturday July 21) and Cornwall Motor Speedway (Sunday July 22) will round out the PST Canadian mini-series schedule, following the same points structure as at Merrittville as well.