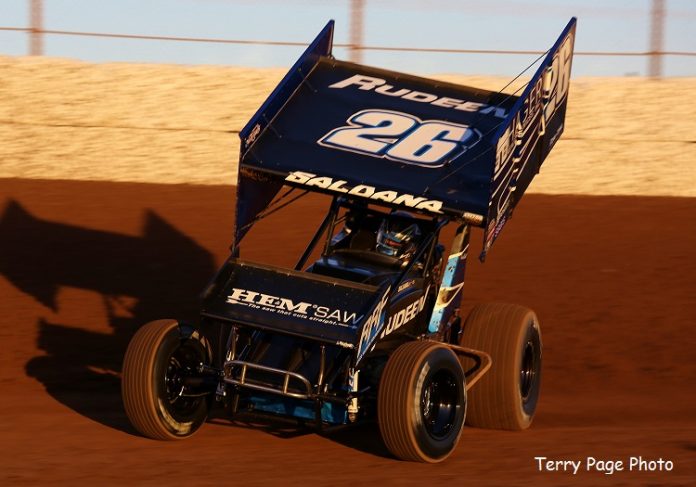 After two rained-out attempts to race the quarter-mile high banks of Tri-State Speedway this season, the World of Outlaws Craftsman Sprint Car Series will return once again on Sunday, May 13th, immediately following the two-day #LetsRaceTwo at Eldora Speedway.

“We’re determined to make this race happen for our fans and drivers,” said promotor Loris Helfrich. “We’re excited to have the World of Outlaws here again this year, and to continue to make history with the Series on its 40th anniversary.”

The Series makes its annual stop at the Haubstadt, Indiana track on Sunday, May 13 — so bring Mom, or at least make her breakfast that morning! Tickets from the previously scheduled events on April 14 and 22 will be honored, and all details remain the same, except for an earlier start time. Pit gates open at 2PM, Grandstands at 2:30PM, Hot Laps at 5PM, and Qualifying at 5:30PM. For tickets call the track at 812-768-5995.

Last year, the stars aligned for Parker Price-Miller at Tri-State. Inheriting the lead on Lap 18 after Sheldon Haundenschild ran into a slower car in lap traffic, causing him to do a complete 360, Price-Miller had to endure challenges from 2016 Tri-State Speedway winner David Gravel. Meticulously working his way through lap traffic, Price-Miller picked the best lanes and would go on to win his first career World of Outlaws Craftsman Sprint Car Series race. 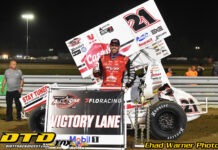