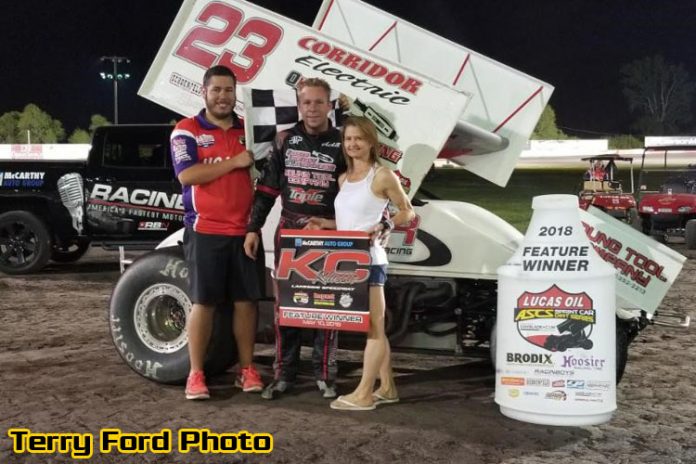 KANSAS CITY, KA – The first repeat winner of the 2018 season with the Lucas Oil American Sprint Car Series presented by Sawblade.com, Washington’s Seth Bergman tracked down his first career Lakeside Speedway triumph to become the fifth National Tour winner in just as many events at the Kansas oval.
“This was a tough field. I was trying to conserve my tires there at the beginning because the track was wearing tires all night, but we got to a point where [Brian] Brown lid me and I knew I had to get going,” stated Seth who went slide for slide with Brown following a Lap 9 restart.