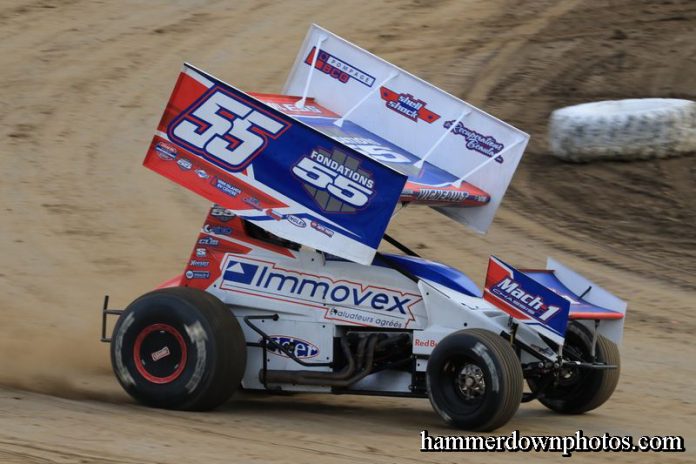 SYRACUSE, NY – In a major sponsorship announcement, Mach 1 Chassis from Mechanicsburg, Pa. has come aboard as the title sponsor for each A-Main in 2018 for the 35th Anniversary Lucas Oil Empire Super Sprints (ESS). Each full point A-Main will now pay at least $300 to take the green.

It was announced just before the season took the initial green flag that each A-Main was to be $275 to start, now with Mach-1’s backing that has been increased to $300.

“We just have so many great sponsors that help all teams who come to an ESS event and Mach 1 has been a major force over the past few years,” noted ESS President Chuck Miller, “With their help it’s great to know that every team that makes the A-Main with ESS this season will take home at least $300. Racing always will be an expensive sport and we hope this helps just a little bit.”

The $2,000 to win, $300 to start A-Main’s will begin on May 18th and 19th at the Outlaw and Thunder Mountain Speedways. There are also several A-Main’s that will continue to pay more to take the green which includes all events in Quebec which are $500 to start and also the event at Cornwall that pays $325 to take the green.

Thanks to Mach 1 Chassis, $300 to take the green which adds to the Lucas Oil ESS Tradition of excitement guaranteed!