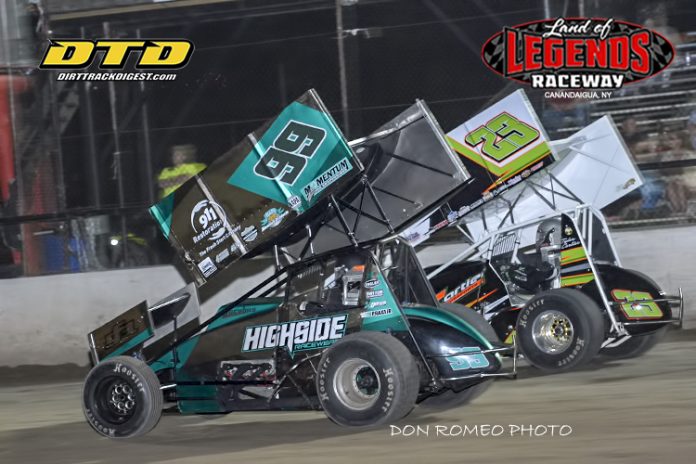 SODUS, NY – The SuperGen Products with Champion Power Equipment CRSA Sprint Car Series returns to action Friday night at the Afton Motorsports Park. The third round of the 2018 season will be the first held in New York’s Southern Tier. This event was initially scheduled for Friday May 11th however the event was postponed due to Mother Nature. The event will also be the first leg of the Algonkin Motel Mini Series.

Trombley was victorious in round number two of the 2018 CRSA season at the Land of Legends Raceway this past Saturday night. Trombley claimed the win over a talented 22 car field. Darryl Ruggles of Canandaigua finished second with David Ferguson third, Erik Karlsen fourth and Thomas Radivoy fifth. Heat races were won by Dan Bennett, Ferguson and Ruggles.