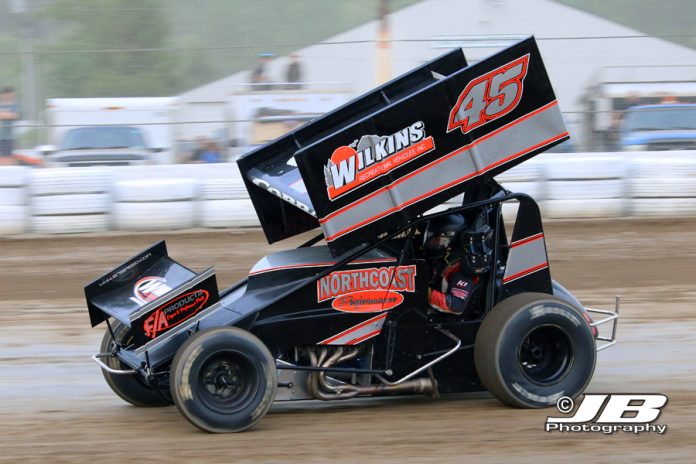 SODUS, NY – After a successful trip east last weekend to Albany-Saratoga Speedway, the Patriot Sprint Tour now sets its sights on a two-race weekend at Ransomville and Fulton Speedways this coming Friday and Saturday.

Chuck Hebing picked up the win last weekend at Albany-Saratoga Speedway. His win coupled with a third place finish at Land of Legends Raceway in the season opener puts him in the early season point lead with a slim 3-point margin over Jason Barney. Barney currently sits in second after a first place (Land of Legends Raceway) and fourth place (Albany-Saratoga) finish in the first two full-point events.

This Friday, June 1, the PST makes their first and only appearance of the year at ‘The Big R’ Ransomville Speedway. Recent winners at the track located just north of Buffalo include Steve Collins (August 2017), Chuck Hebing (June 2016, June 2017) and Jared Zimbardi (July 2016). Pit gates will open at 5pm, grandstand gates at 6pm and racing will get under way at 7:15pm.


The following night, Saturday June 2, the tour will travel northeast to the highbanks of Fulton Speedway for its annual stop in Oswego County. Last year Bryan Howland picked up the win at Fulton against the season-high car count of 41 cars in the pits. The year prior it was Danny Varin who graced victory lane, his first career PST win. Grandstand gates will open at 5pm on Saturday and racing will get under way at 7pm.

For more information on this weekends events, be sure to visit www.PatriotSprintTour.com, www.RansomvilleSpeedway.com and www.FultonSpeedway.com . All of the latest news, photos, videos and results will be a available on the tours official Facebook page ‘Patriot Sprint Tour’ and at @PatriotSprints on Twitter and Instagram.