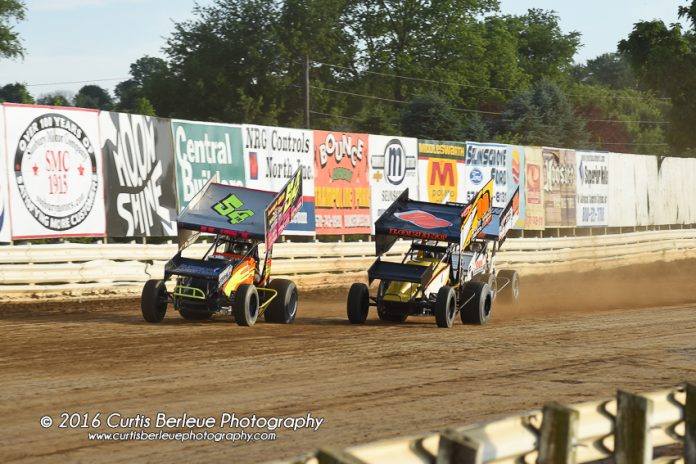 SELINSGROVE, PA – The Patriot Sprint Tour will sanction the 15th Annual Joe Whitcomb Memorial for 360 sprint cars at Selinsgrove Speedway at 7 p.m. this Saturday, June 16. The tribute race will honor the memory of the late open wheel racer from Millersburg who succumbed to injuries sustained in a sprint car racing accident at the track on June 21, 2003.

Saturday night’s racing program will be sponsored by Advanced Concrete Systems and will also feature the super late models, pro stocks, and roadrunners. Pit gates will open at 4 p.m. and grandstand gates at 5 p.m.

The 25-lap Whitcomb Memorial will pay $2,271 to win and $271 to start. The format will be posted this week.
The super late models will compete in a 25-lap feature paying $2,000 to win. The pro stocks and roadrunners will race in 15- and 12-lap main events, respectively.

Whitcomb, a dedicated racer most of his life, began his career in go-karts at the age of seven. He won hundreds of races in karting and was a three-time national karting champion. A highlight during his karting career was an appearance on ESPN.