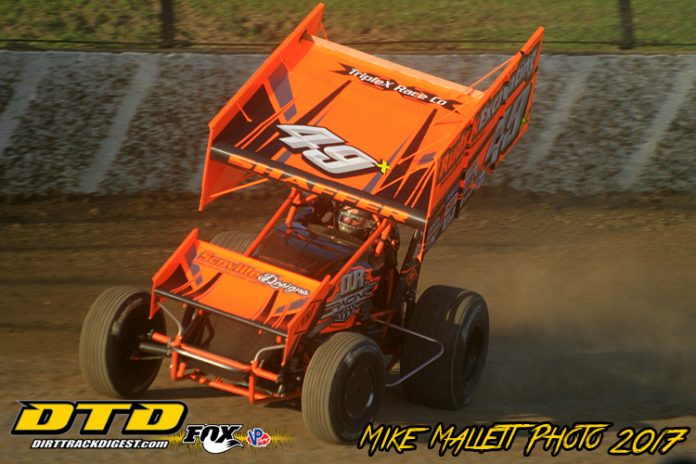 The Eldora event is the second of nine races scheduled in nine consecutive days across Ohio and features the strongest lineup in years.

Aaron Reutzel of Texas is the current ASCoC point leader over California’s Carson Macedo and defending series champion Chad Kemenah of Findlay. Following the All Stars for the first-time in several years is Eldora-favorite Jac Haudenschild of Wooster.

The touring contingent of All Stars, currently 14 strong, will be challenged by sprint car stars from across the country. Expected entries include defending event winner Tim Shaffer of Aliquippa, Pennsylvania, past Kings Royal champion Joey Saldana of Brownsburg, Indiana and former 4-Crown Nationals winner Rico Abreu of St. Helena, California.

Kyle Larson, Kasey Kahne and Tony Stewart have all indicated they intend to participate Saturday.


Saturday night is a pivotal event for the DIRTcar UMP Modifieds and Eldora Stocks as their championship standings following the event will determine who is guaranteed a starting spot in the Invitational Feature Races scheduled for Wednesday night, July 18 at the NASCAR Camping World Truck Series Eldora Dirt Derby. All other invitees race their way in at the Tuesday Nite Tailgate on Tuesday, July 17.

The Eldora round of Ohio Sprint Speedweek remains the best value of the series. Adult tickets are still just $20 with children (12 & younger) admitted free to all general admission areas. Reserved seats are available online at www.EldoraSpeedway.com and by calling (937) 338-3815. The infield pit area will be open following the final feature race for fans of all ages to meet the drivers, see the cars up close, buy a t-shirt from their favorite driver and get autographs.

About Eldora Speedway:
Since carved from a cornfield in the natural amphitheater that existed between the Eldora Ballroom and the Wabash River by bandleader Earl Baltes in 1954, Eldora Speedway has grown to be a frontrunner in motorsports growth and stability. Baltes chose to sell the legendary high-banked clay oval to motorsports entrepreneur and NASCAR, IndyCar and USAC champion Tony Stewart in 2004. Eldora celebrates its 65th consecutive season of racing in 2018 featuring the biggest events in short-track racing, including: the 24th running of the $100,000-to-win Dirt Late Model Dream Weekend on June 7th-8th-9th; the 35th Annual $50,000-to-win Kings Royal Weekend on July 12th-13th-14th; the Camping World Truck Series’ Eldora Dirt Derby – NASCAR’s only race on dirt on Wednesday, July 18th; the 48th Annual World 100 Weekend on September 6th-7th-8th; and the historic 4-Crown Nationals on September 21st and 22nd. The complete schedule for Eldora’s 2018 season, including ticket and campsite information, is available at www.EldoraSpeedway.com. Fans can get behind-the-scenes access by following @EldoraSpeedway on social media channels Twitter, Facebook, Instagram and Snapchat. Exclusive video content posted on www.youtube.com/EldoraSpeedway has been viewed over 4.2-million times.